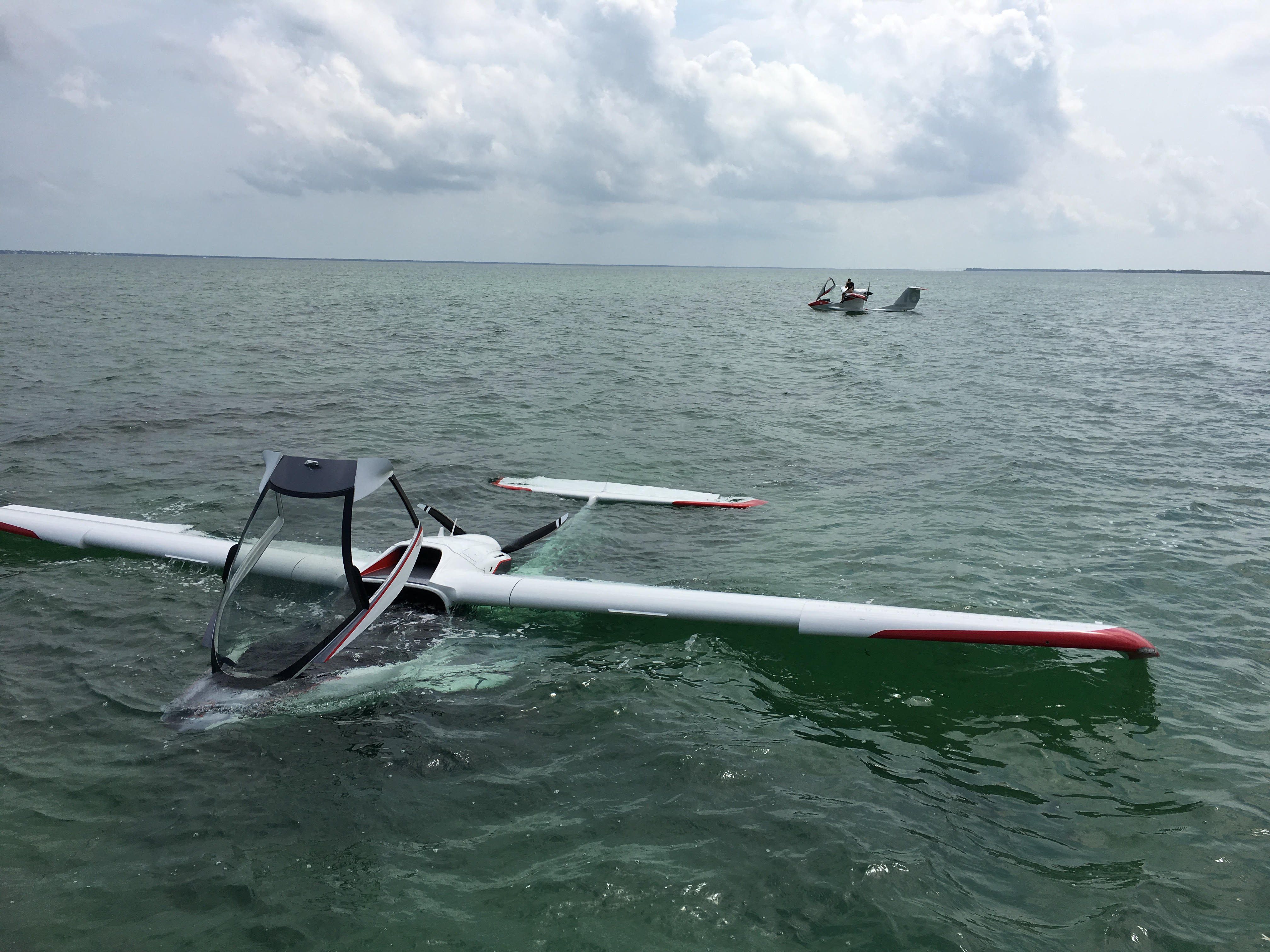 An Icon A5 light sport aircraft partially sank into the ocean off Biscayne National Park in Miami on Saturday afternoon after a landing mishap, according to the Flight Safety Foundation’s Aviation Safety Network. Both the pilot and passenger escaped unhurt and did not require medical attention, fire officials told the local ABC-10 News. The aircraft sustained substantial damage, according to ASN. An Icon pilot was flying the airplane, with a customer on board for a demo ride, CEO Kirk Hawkins told AVweb on Monday morning. “They had a very hard landing and suffered some hull damage,” Hawkins said. “The airplane was submerged up to the wings.”

The aircraft remained afloat and was towed approximately 8 miles to a marina where it was loaded onto an A5 trailer and taken to Icon’s base in Tampa, Hawkins said. “The situation is still under thorough review by Icon, but all initial information suggests pilot error,” he added. Hawkins said this is the first incident with an A5. “After more than 3,500 A5 flight hours in 20+ aircraft over many years, including an extensive development program, this is the first situation like this we’ve experienced,” he said. He said the extent of the damage to the airplane has not yet been assessed.