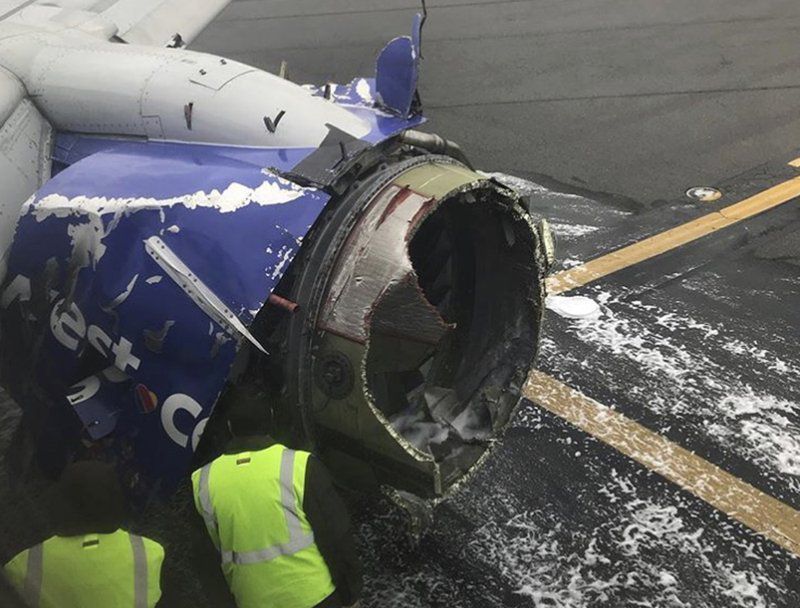 An FAA certification official said on Wednesday that Boeing 737 engine inlets might require design changes in the wake of a Southwest Airlines accident last April in which an uncontained engine failure breached the cabin and caused the death of a passenger. Testifying at an NTSB fact-finding hearing on the accident, another FAA official said it’s “not impossible” to set a life limit on engine fan blades.

So far, investigation into the Southwest Flight 1380 accident has determined that one of the left engine fan blades separated at the root due to a fatigue crack. The blade then broke into several pieces, causing damage to the engine inlet and fan cowl that the NTSB qualified as “unexpected” for a fan blade out (FBO) event. A portion of fan cowl separated from the engine, striking the fuselage near the window within three seconds of the FBO, according to the NTSB’s accident summary. The impact knocked out a window and passenger Jennifer Riordan was partially pulled through the opening by the sudden decompression. Although the cabin crew and fellow passengers were eventually able to pull her back into the aircraft, she sustained fatal injuries.

At Wednesday’s hearing, the NTSB questioned witnesses from CFM International, Southwest Airlines, the FAA, Boeing and United Technologies Aerospace Systems on the CFM56-7B engine fan blades, inlet and fan cowl. Questions focused on several issues, including a similar FBO event that occurred on Southwest Flight 3472 on Aug. 27, 2016. Prior to the 2016 event, which witnesses said was the first instance of a fan blade separation in a CFM56-7B engine, the engine type had been in service for over 20 years for a total of nearly 300 million flight hours.

New fan blade testing procedures were put into place after the 2016 failure and, according to CFM International Engineering Leader for the CFM56 Mark Habedank, eight engine blades have been found and pulled from service with new ultrasonic and eddy current inspection procedures. However, at the time of the accident Southwest Flight 1380 was not affected by the service bulletins issued.

When asked at the hearing, FAA Transport Standards Branch representative Victor Wicklund stated that, although production inlets are not required to be included in certification testing, if an inlet was included and test damage mirrored that found in the Southwest 1380 accident, it would most likely qualify as a certification failure that would require corrective action and design changes. After the 2016 blade failure, no airplane safety issues were found with the engine inlet.

The hearing is just one part of the ongoing investigation. “Investigators also have been working on, and will continue to work on, other issues that will not be covered in this hearing, issues such as cabin safety, operational factors, window separation and others,” said Chairman of the Board of Inquiry T. Bella Dinh-Zarr. The final report is not expected to be released for several months.