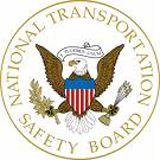 The NTSB said on Tuesday it is investigating a runway incursion that occurred last Friday morning at the Charlotte Douglas International Airport (CLT) involving a Pilatus PC-12 single-engine turboprop and a CRJ-200 regional jet. At about 10:17 a.m. on May 29, a PSA Airlines CRJ-200 operated as US Airways Express Flight 2390 was cleared for takeoff on Runway 18L. After the jet was into its takeoff roll, the PC-12 was cleared to taxi into position and hold farther down the same runway, the NTSB said, in preparation for a departure roll that was to begin at the taxiway A intersection. The ground-based collision warning system (ASDE-X) alerted controllers to the runway incursion, and the takeoff clearance for the CRJ-200 was cancelled.

The pilot of the PC-12, seeing the regional jet coming down the runway on a collision course, taxied to the side of the runway. The FAA reported that the regional jet stopped approximately 10 feet from the PC-12. The CRJ was bound for New Bern, N.C. Three people were on board the PC-12 and 42 passengers and crew were aboard the CRJ; no injuries were reported.