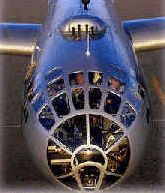 The Commemorative Air Force’s (CAF) B-29, dubbed FIFI, is scheduled to take flight later this month, retaking its crown as “the world’s only flyable B-29” after four years on the ground, CAF announced Friday. The flight is planned for 8 a.m., Tuesday, June 29, 2010, out of the CAF Airpower Museum, at Midland International Airport, and it will showcase the plane’s unique new engines. CAF is inviting visitors to come witness the event. Doors will open at 7 a.m. CAF will allow visitors into the museum’s main hangar to watch the crew prepare the historic bomber for its latest “first flight.” They’ll then escort viewers to a safe area to witness the aircraft’s takeoff. The moment will come with great thanks to CAF’s member-volunteers whose efforts will have made it all possible. Four years was a long absence from flight, and there was good reason for it.

The B-29’s original powerplants were Wright R-3350-57AM engines, and keeping those engines airworthy proved an excess CAF couldn’t withstand. Following an inspection that revealed metal in the engines’ oil, it was ultimately decided that the aircraft would not be flown until refitted with engines custom-built from a combination of the R-3350-95W and the R-3350-26WD. That required a complete refit that included altering the engine mounts and making changes to the cowlings. Weather permitting, the CAF’s B-29 SN44-62070, FIFI, will fly again. CAF says the local community has “offered great support” throughout the plane’s restoration and the organization is “excited to invite our neighbors out to see her.”