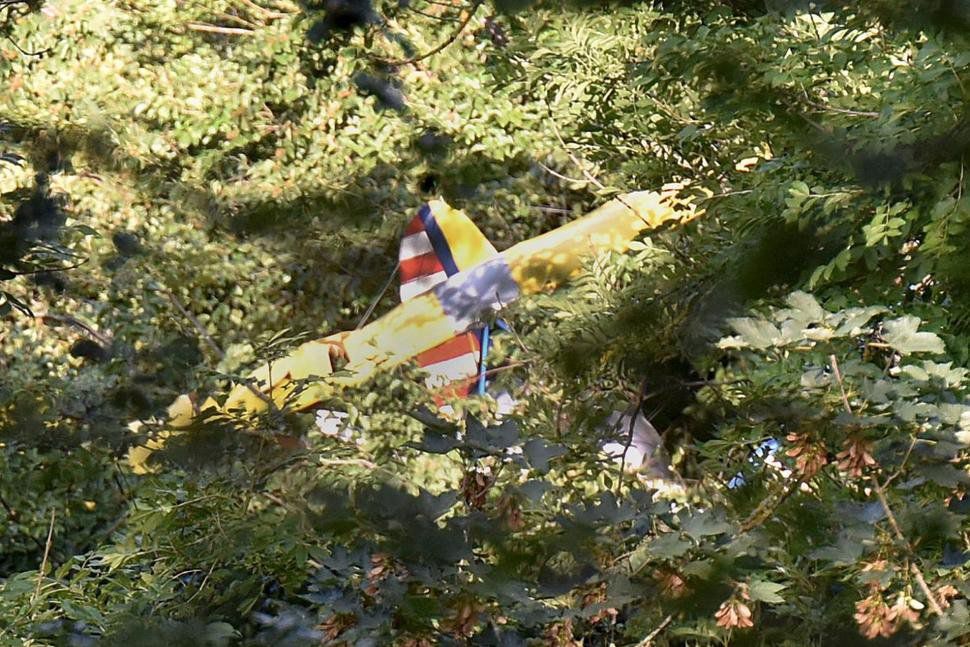 Two single-pilot aircraft accidents in Europe this week ended up with crash landings in treetops, leaving one pilot injured and the other in a tree all night waiting to be rescued. A 59-year-old ultralight pilot crashed Monday evening while over woods near Degenfeld in southern Germany, The Associated Press reported. Rescue crews found the pilot and the wreckage shortly after the crash, but could not get him down before dark for fear of toppling him and his ultralight, both stuck nearly 100 feet off the ground. The man had to spend about 12 hours overnight in his precarious spot until crews could safely rescue him Tuesday, the AP reported.

Also Monday in northern England, a 67-year-old pilot of a single-seat aircraft crashed into treetops near the Manchester/Barton airport, known as Barton Aerodrome, the U.K.’s Sky News reported. Firefighters were able to respond immediately and extract the pilot from the wreckage, which could be seen in blurry news photos lodged amid thick branches and foliage. The pilot suffered a broken leg and head injuries and was taken to a local hospital. “He’s lucky he landed in the trees, it could have been a very different story had it been a residential area,”a firefighter told Sky News.