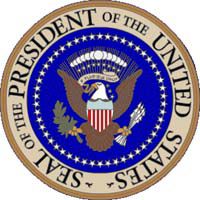 Flight restrictions in place Wednesday and Thursday last week relating to President Barack Obama’s visit to Los Angeles apparently caught six pilots unaware and they may now all pay for their mistakes. Each one may now face anything from certificate suspension to revocation. During Obama’s overnight in Los Angeles (where he attended a Democratic Party fundraiser) the FAA placed temporary flight restrictions on flights near LAX, Santa Monica, Hawthorne Municipal, Van Nuys and Burbank airports. Five pilots managed to violate provisions that allowed them to fly 12 to 30 miles from Santa Monica airport and one pilot violated the 12-mile restriction that surrounded that airport, FAA spokesman Ian Gregor said. The TFRs were broadly announced, including non-specific mention in newspapers and local TV news broadcasts ahead of the president’s visit.

Each pilot was observed in violation and contacted by air traffic controllers who made the pilots aware that they had entered restricted airspace. Reports were then filed with Flight Standard District Offices, where investigations will be initiated.