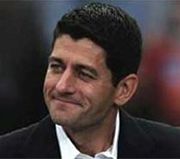 A Republican Party rally featuring vice presidential candidate Paul Ryan at the Sun ‘n Fun facilities on Monday is not an endorsement for the GOP, according to Sun ‘n Fun. Director of Communications Sandy Bridges said the “Victory Rally,” which is expected to draw 2,000 people to Hangar A, one of the commercial exhibit hangars at Lakeland Linder Airport, is a private event. “We’re not hosting this. They (the Republican Party) rented it.” Bridges said Sun ‘n Fun rents facilities to a wide variety of groups to raise money and create awareness of the various non-fly-in activities at the airport. “If President Obama had asked to rent it we would have rented it to him.” However, SNF is now clarifying an e-mail it sent to its distribution list inviting everyone on the list to attend the rally.

“SNF sends emails out about year-round events that may interest the public if the events are not private. The notice with the flyer was sent to capitalize on the RNC Rally visibility on the grounds,” Bridges said “Anything to bring people on our campus … to talk about our kids programs.” She said the rally is expected to draw local residents who don’t know about the year-round activities of Sun ‘n Fun. The e-mail invitation, which did not specify the event was being hosted and sponsored by the Republicans, raised some eyebrows in the aviation community and Sun ‘n Fun will clarify its intent with a follow-up e-mail.