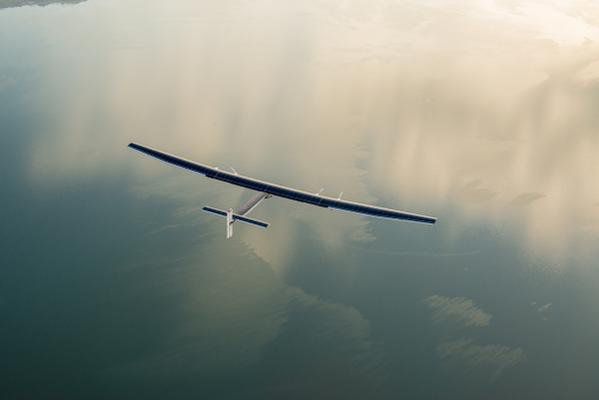 Solar Impulse 2 launched from Nagoya, Japan, en route to Hawaii, on Sunday, and early Monday morning the unique solar-powered aircraft passed “the point of no return,” the team announced. The team expects it will take at least five days to make the unprecedented trip. Pilot Andre Borschberg is piloting what will be the longest-ever solo flight, and it also will be the longest distance ever flown by an aircraft powered solely by the sun. The flight also will be the eighth leg in the aircraft’s journey around the world, which began in Abu Dhabi in March. From Hawaii, the team plans to fly across the Pacific to a site in the Southwestern U.S.

The launch was the third attempt for the team, which had prepared to take off last week from Nagoya but then cancelled over weather concerns. They had previously launched from Nanjing, China, late in May, intending to cross the Pacific, but chose to land in Nagoya when the weather window deteriorated. For this flight, the team took off with no media announcement, and flew for 10 hours to the decision point before announcing the attempt. From here on, they are counting on the weather to remain suitable for the fragile airplane. “Now, we go for it,” team leader Andre Piccard said on Monday morning. “That’s a feat of exploration and adventure.” The flight is being tracked live online at the project’s website.