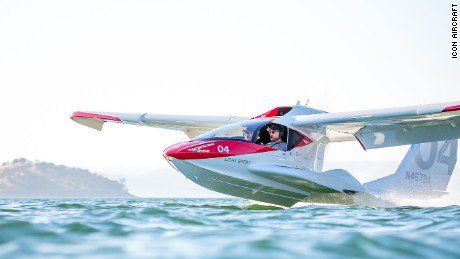 After months of production delays, Icon Aircraft is ramping up production of its A5 light sport amphibious aircraft. Showing a demo model at the Sport Aviation Expo in Sebring this week, Icon’s Scott Rodenback said in this exclusive podcast that about 90 airplanes have been built. The company says some 1300 are on backorder.

Rodenback said Icon produced about 14 airplanes in December. The model on display at Sebring is one of six at the company’s St. Petersburg, Florida, training facility. Icon has a similar facility at its headquarters in Vacaville, California. At St. Petersburg, the company is offering only training; rentals aren’t available.

At AirVenture last summer, Icon announced a company-sponsored fractional ownership program, but has since abandoned that effort. “We decided to focus on selling whole aircraft,” Rodenback said.