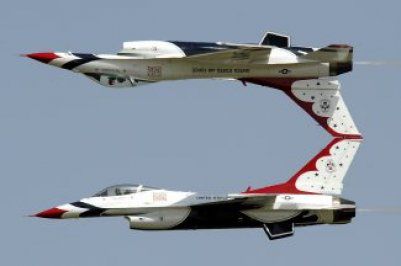 The U.S. Air Force Thunderbirds and Navy Blue Angels have finalized their 2015 show schedules as the International Council of Air Shows met this week in Las Vegas. The Thunderbirds will open their 62nd season Feb. 22 at the Daytona International Speedway in Florida. The team will perform at 39 locations and end the season Nov. 7-8 at Moody Air Force Base in Georgia. Prior to the official season, the Thunderbirds will make their first public flyover of 2015 at Super Bowl XLIX in Phoenix on Feb. 1.The Blue Angels are scheduled to fly in 65 demonstrations at 35 locations next year, starting March 14 in El Centro, California, with a show added in Rochester, New York, May 23-24. The team’s last show will be Nov. 7 in Pensacola.

“We are extremely excited to represent the Air Force during the upcoming season,” said Lt. Col. Greg Moseley, the Thunderbirds’ current commander and lead pilot. “Our newest team members have been training rigorously to ensure we execute our mission safely while showing the public what their Airmen can do.” Moseley is expected to depart the squadron after a change-of-command ceremony in January. Lt. Col. Christopher Hammond will lead the squadron for the 2015 and 2016 demonstration seasons. The Blue Angels’ announcement included a few changes including a date change for Atlantic City, New Jersey, now Sept. 1-2, and a show in Eau Claire, Wisconsin, to replace the St. Cloud, Minn., show on July 4-5. The Blue Angels also released a 2016 schedule with 69 demonstrations at 36 locations.