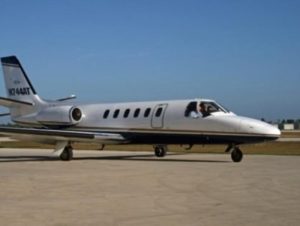 AOPA sent an alert to its members today reminding them of the hazards of contaminated jet fuel. Earlier this month, two Cessna Citation 550s landed safely after being fueled at the Punta Gorda, Florida, airport with jet fuel contaminated by DEF, which is an additive used in diesel fuel to reduce emissions in cars and trucks.

Both Citations were flown by Air Trek, an air ambulance operator at Punta Gorda. One was headed to Niagara Falls, New York, and suffered a double engine flameout but landed safely in Savannah, Georgia. The second Citation was destined for Chicago but landed in Louisville, Kentucky, with one engine shut down.

Unfortunately for pilots, DEF is a clear, colorless liquid that cannot be detected. “There are no known pre-flight procedures pilots can use to identify the presence of DEF in jet fuel,” says AOPA.

DEF can cause crystalline deposits that clog fuel system components including filters and fuel nozzles. In the case of the aircraft receiving contaminated fuel in 2018, it was determined that the DEF was injected to the Jet-A supply at the fueling truck in place of the customary anti-icing additive.

For concerned turbine operators, AOPA recommends talking “with your fuel providers and ask if they use DEF in ground equipment. If so, inquire about procedures to confirm correct additives are used for jet fuel. This should include separate storage, clear labeling, confirmation of correct additives at the time of insertion, and training for personnel.”