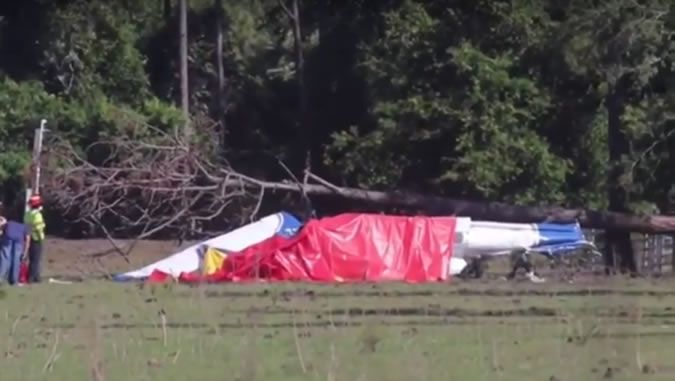 An Embry-Riddle Aeronautical University student pilot and FAA examiner were killedWednesdaymorning when the Piper PA-28 they were flying crashed shortly after takeoff from Daytona Beach International Airport. The aircraft impacted in a pasture and some witnesses said they saw the aircraft’s wing separate from the fuselage before the crash.The wing was reportedly located 150-200 yards away from the primary wreckage site. No distress call was received prior to the crash.

This is the first fatal accident involving an ERAU plane at either Embry-Riddle campus since the 2004 midair collision involving two ERAU-Prescott faculty members practicing an aerobatics routine. The last fatal accident involving an ERAU training flight occurred in 1999. “We are cooperating fully with the investigation of this tragic accident,” ERAU VP of marketing and communications Anne Botteri said in a statement to The Daytona Beach News-Journal. “We will be releasing further information as soon as it’s available.”

The victims have been identified as ERAU student and U.S. Navy veteran Zachary Capra and FAA pilot examiner John S. Azma. The FAA and NTSB will be on-site to investigate.