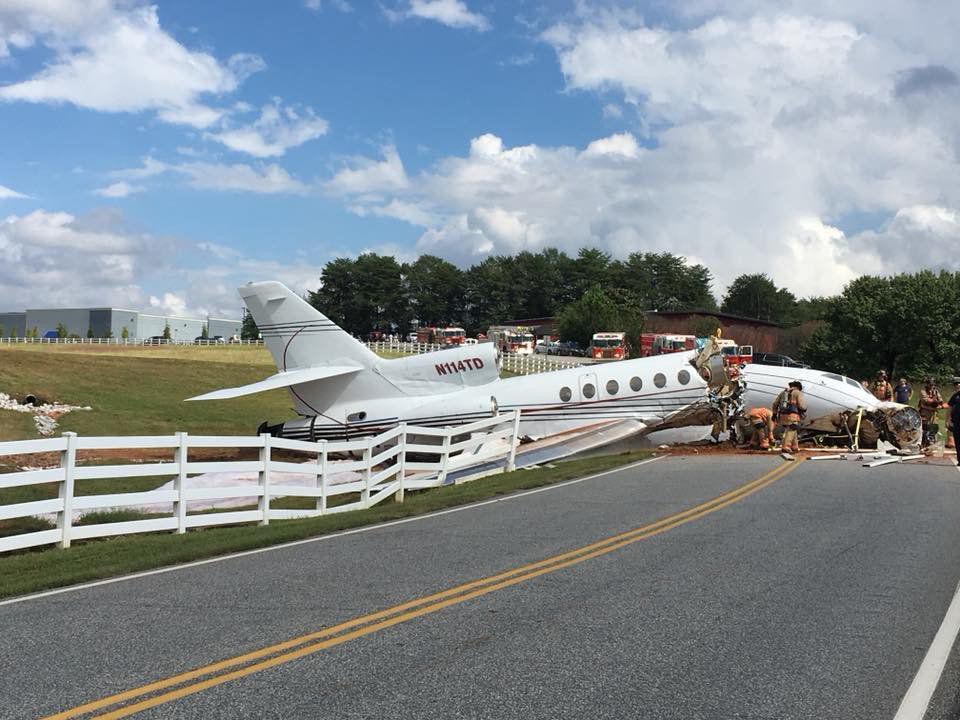 A Falcon 50 jet slid off of the runway after landing at Greenville Downtown Airport (GMU) in Greenville County, South Carolina, killing the pilot and copilot. The two passengers onboard were injured in the accident and remain hospitalized. Airport director Joe Frasher said in a media briefing that he saw the aircraft land and that the touchdown appeared normal. No emergency communications were received from the crew.

The accident occurred at about 1:40 p.m. local time on Thursday. The aircraft reportedly overran the runway, crossed a grass safety area, went over an embankment and came to rest on the airport road. One of the engines remained running until first responders were able to break into the cockpit to shut it down. A hazmat team was called to the scene to deal with fuel leaking into the watershed via a roadside drainage ditch.

Frasher said he believed the aircraft was stopping in Greenville to pick up additional passengers, but that its airport of origin and planned destination were not yet known. The aircraft is registered to Delaware-based Global Aircraft Acquisitions. The FAA is onsite and a team from the NTSB is due to arrive shortly to begin its investigation.