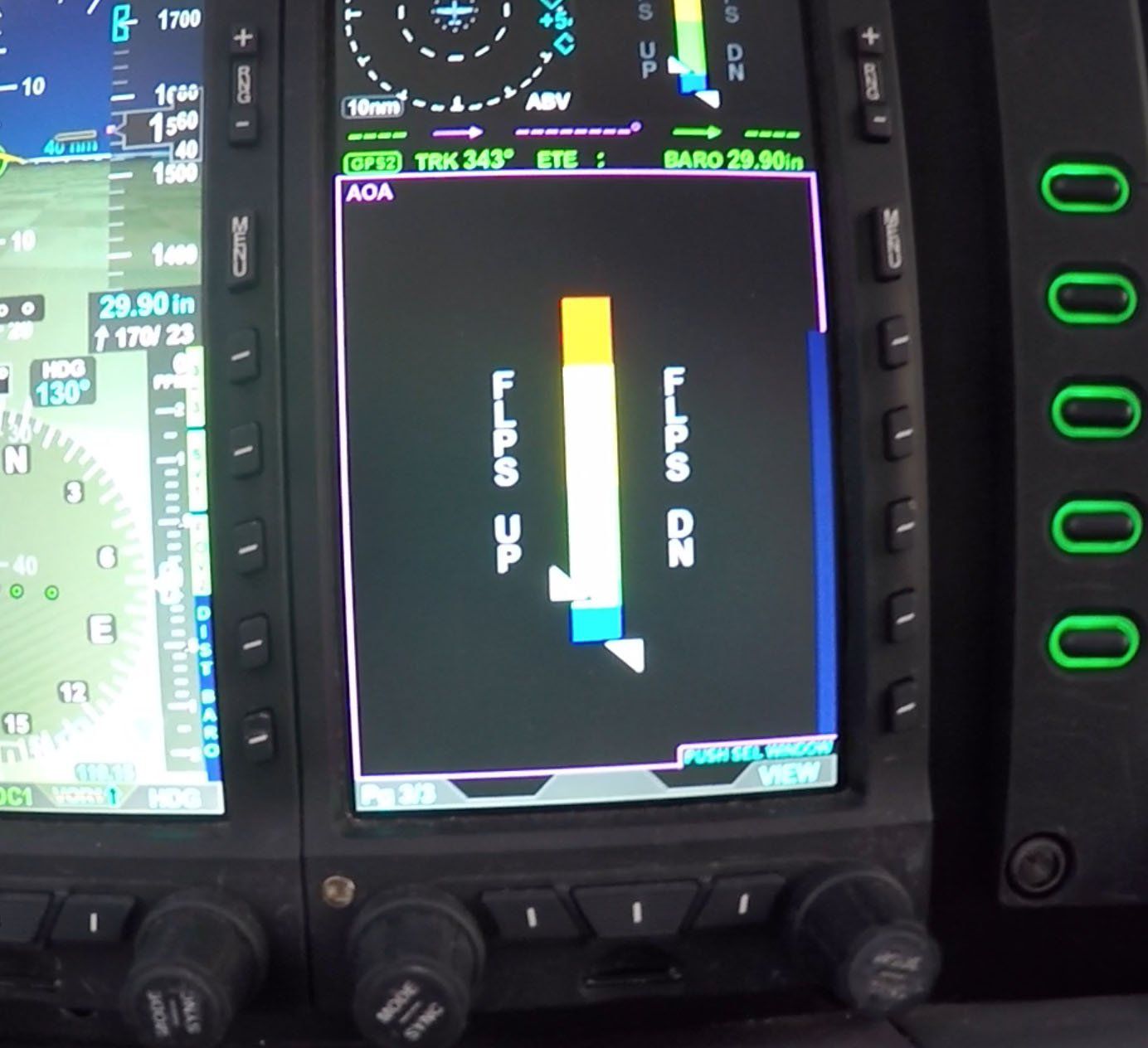 While the rest of the world pedals hard to keep up with ADS-B, Aspen Avionics announced a surprise new product at the Aircraft Electronics Association show in Dallas on Wednesday: a sophisticated angle- of-attack system for its popular Evolution line of PFDs and MFDs. Aspen joins a small number of companies offering AoA systems, but the company has taken a decidedly different and creative approach to sensing and displaying AOA.

Traditionally, AoA systems rely on either a vane to directly measure angle of attack or a pitot-type mast to infer it indirectly through pressure sensing. The new Aspen system, however, calculates AoA entirely through its onboard accelerometer system, calculating the aircraft’s energy state without reference to pressure sensing. It thus requires no installation other than a software addition to the Evolution operating system. The upgrade can be applied as an option to new EFIS systems or retrofitted to those already in the field. Aspen expects to announce the price for the AoA system at Sun ‘n Fun later this month.

AVweb took a brief demo flight with the AoA at nearby Alliance Airport in Dallas on Wednesday morning. A video of that flight is available here. Unlike other AoA products, the Aspen system doesn’t require a dedicated display, but rather shows AoA data directly on either the PFD or the MFD. The display can be configured to remain always visible on the MFD or to pop up only in those circumstances where the aircraft might be nearing stall angle of attack. On the PFD, the display appears in the upper left portion of the AI display.

The display consists of a tape-type scale with a pair of vertically moving pointers, one to indicate flaps-up AoA and the other flaps down. Approaching stall AoA, the pointers move from green on the lower scale, to red at the top of the scale.

Aspen’s John Uczekaj told AVweb that the company sees the new AoA product as a significant safety initiative that can materially reduce loss of control and stall/spin type accidents, which remain a significant cause of general aviation fatal accidents. He said Aspen hopes to enlist training partners to integrate AoA awareness into more training programs. The system is expected to be available in July. For more, see Aspen’s website.