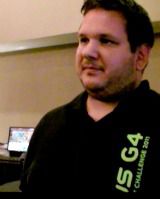 At Pipistrel, “We are not only thinking short term,” said Tine Tomazic at the CAFE Electric Aircraft Symposium on Saturday. “We are thinking, what will it take to revive aviation? I think it’s important to bring fun and affordability back to personal aviation.” Tomazic said it would be great if you could take off and land just about anywhere, fly for 30 minutes or travel 50 miles, and fly quietly and emission-free, just for fun. To fill those needs, Tomazic said Pipistrel is working on a VTOL fun flyer that will sell for less than $50,000. Details of the design will be released later, he said, but a preliminary concept sketch has been posted on the CAFE Facebook page.

Tomazic also said the ASTM committee that is working to create an approval process for electric-powered light sport aircraft met at AERO Friedrichshafen last week and agreed on new language for the standards. The new standards still must be approved by the FAA, but if that process stalls, the committee may pursue an exemption to keep things moving forward. Tomazic was hopeful that one way or another, “This [obstacle] may change much sooner than any of us think.” Several projects to develop electric-powered LSAs have been put on hold because the standards, as currently written, don’t allow for those powerplants.