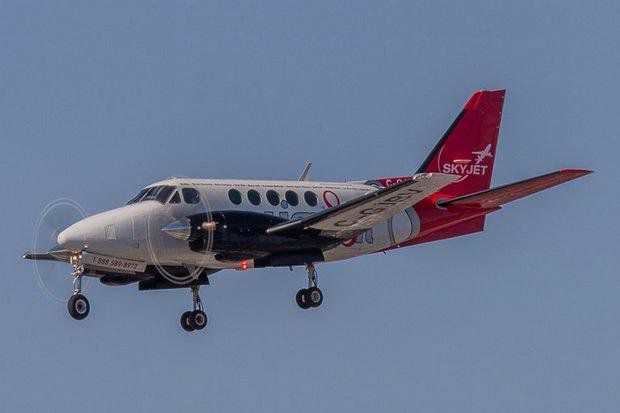 In the first documented incident of its kind in Canada, a Skyjet Aviation flight hit a drone while on approach to Jean Lesage Airport in Quebec City on Thursday. The aircraft suffered minor damage and no one was injured. Skyjet flies King Airs and Beech 1900s for charter and medevac. Canada’s Transport Minister Marc Garneau was quick to condemn the incident, which appears to have violated a host of regulations aimed at preventing mishaps like this. He noted that drone violations are a major concern for the government and that to date there have been 1,596 drone incidents reported to Transport Canada.

“It was our concern for incidents like this that prompted me to take action and issue [measures] restricting where recreational drones could be flown,” Garneau said in a statement issued Sunday. “I would like to remind drone operators that endangering the safety of an aircraft is extremely dangerous and a serious offense. Anyone who violates the regulations could be subject to fines of up to $25,000 and/or prison.” He noted that all airports, helipads and seaplane bases are off-limits to drones.