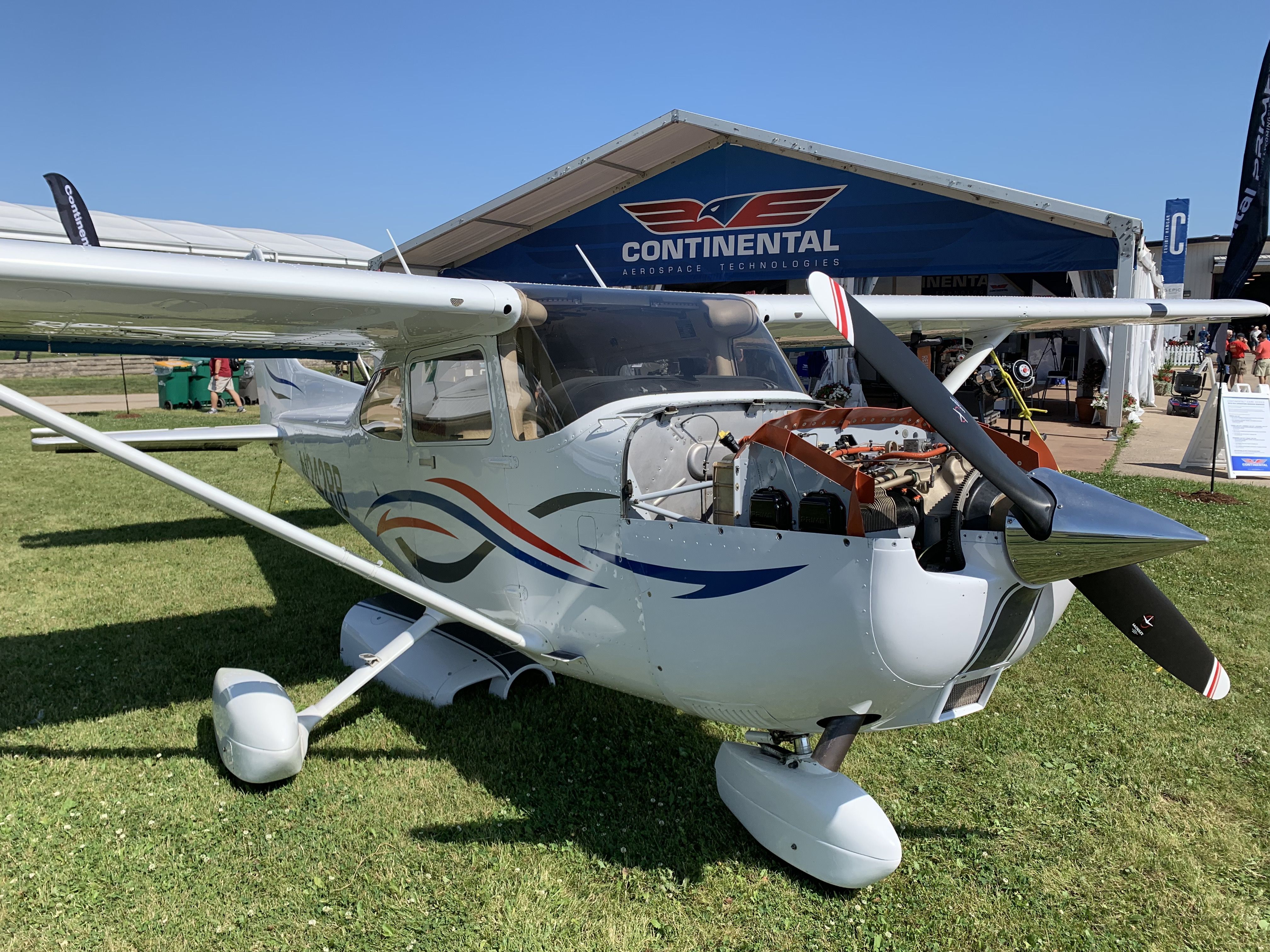 At AirVenture this week Continental announced a new STC to install its Prime IO-370-D3A3 engine into Cessna R and S-series C172s—a retrofit that could actually cost less than overhauling the Lycoming IO-360 it replaces.

The Prime IO-370-D3A3 delivers 180 HP, includes roller tappets and comes with a recommended TBO of 2200 hours that extends to 2400 hours for high-utilization aircraft. The STC includes the engine, a Bendix impulse coupled ignition system (to provide improved starting and reduced magneto maintenance, Continental says), a starter, fuel system and associated STC paperwork to complete the installation on Cessna 172s currently using a Lycoming IO-360-L2A engine. The STC is priced at $27,226 and comes with a two-year warranty.

The Prime-series Continental in later-model Skyhawks could have sizable appeal to fleet and flight school operators. This spring Piper announced that its Pilot 100-series PA-28 trainer will be equipped with the Continental Prime engine, an aircraft that’s aimed directly at flight schools.