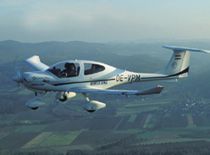 A relative surge in shipments of multi-engine turboprops led a positive first quarter for all GA shipments as billings improved by 31.7 percent over last year’s number, GAMA announced Thursday. Improvements to piston aircraft and jet shipment numbers were modest, posting positive changes of 3.8 percent and 4.0 percent, respectively. Diamond’s DA40 led all models in the piston single group with 27 sold. Cirrus and Flight Design were close behind. And Beechcraft Corporation, which emerged from bankruptcy in February, managed deliveries of multiple models.