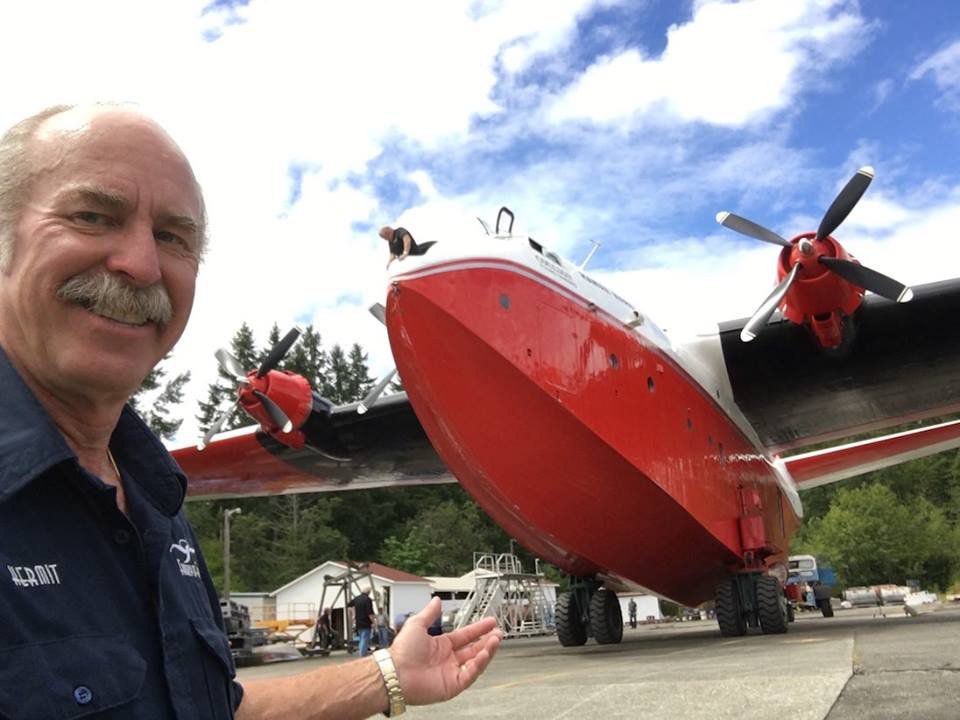 Kermit Weeks always makes a splash at AirVenture but this may be his biggest ever. The serial aircraft collector and owner of Fantasy of Flight Museum in Florida will be part of the crew flying the massive Martin Mars flying boat from Vancouver Island in British Columbia to the seaplane base on Lake Winnebago on Saturday. Weeks has been in Port Alberni, B.C., the past week learning the ropes of the aircraft. According to local news reports, he bought his seat on the flight deck by paying the $40,000 fuel bill for the eight-hour flight. “My personal thing here is I truly believe I’m being part of history,” Weeks told CTV News. “I have my doubts whether the airplane will continue flying.”

The Mars, owned by the Coulson Group, will be a star attraction at AirVenture and will fly during at least some of the afternoon airshows, undoubtedly showing the fire-dousing ability of its 8,000-gallon tanks. The aircraft has been used for more than 40 years in western North America as an air tanker but a change in tactics by firefighting authorities and the huge expense of keeping the Second World War-era aircraft airworthy have left it grounded for most of the past few fire seasons. Coulson is offering type ratings on the plane and looking for new revenue prospects for it on the Oshkosh trip. More than $1 million was spent getting it ready for the flight.

The aircraft, one of two complete aircraft owned by Coulson, was built at the end of the Second World War and served as a troop transport by the U.S. Navy for several years. Five production models were built but one was lost in a fire. The remaining four were sold as surplus to a consortium of B.C. forest companies in 1959 and converted to fire tankers. One crashed, one was wrecked in a storm while on the water and the remaining two had long careers fighting forest fires. Weeks will fly the Hawaii Mars to Oshkosh while its sister ship the Philippine Mars is back on the water in Sproat Lake in U.S. Navy livery. The Naval Aviation Museum in Pensacola, Florida, has been trying to acquire the Philippine Mars for almost a decade but there are government and military issues on both sides of the border preventing the transfer.