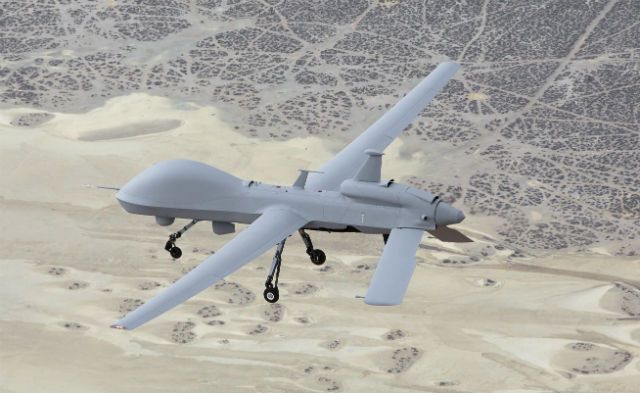 Although it has kept its development out of the public eye, Lycoming appears to be much further along in aircraft diesel engine development than many in the industry realize. Using the booming unmanned aircraft sector as a launching pad, Lycoming told us that it has leveraged automotive technology to develop whats essentially a diesel near-equivalent of its popular IO-360 gasoline engine.

The DEL-120-with 120 representing the displacement-is a 200-HP, four-cylinder turbocharged water-cooled diesel of the same general class as the Thielert-developed Centurion engines, albeit with higher power output and claimed greater durability. We werent able to get weight specifics, but Lycomings Michael Kraft told us these are comparable to the Centurion. Like the Centurion engine, the DEL-120 has electronic engine controls and common rail, high-pressure fuel injection. Its primary material is cast aluminum, with four valves per cylinder and a clutchless geared reduction unit that doesnt require pre-TBO replacement.

Kraft told us Tuesday that the DEL-120s antecedents extend to before Thielert got into financial straits in 2008 and declared bankruptcy. At the time, the emerging UAS entry-specifically the General Atomics Predator-drove much of Thielerts business. But General Atomics was aware of Thielerts financial troubles and was looking for a U.S. engine supplier with a healthy balance sheet and entered into a supply agreement with Lycoming. Thielert was purchased by the Chinese-owned AVIC International last year and is now a unit of Continental Motors. Political and security sensitivities meant that Continental would no longer supply engines to General Atomics.

The DEL-120 is used in a follow-on model of the Predator called the Improved Gray Eagle, as well as an earlier version of same aircraft as a replacement for the Centurion. The Improved Gray Eagle is in a class of UASs called MALEs or medium altitude, long endurance. They are in growing use by the U.S. military.

Although Kraft declined to say if the DEL-120 was a clean sheet Lycoming project, he did say it was developed using state-the-art automotive technology and based on years of diesel research Lycoming has had underway since the 1980s.

Lycoming has had heavy fuel engine development agreements with John Deere and Detroit Diesel, to name two. We had a stratified charge project with John Deere and there was a project with an undisclosed partner that post-dates both of those. Everyone of those was a technology development platform and in every one we learned a little more as to what the technology was about, Kraft said. Whatever the engine base is, Kraft said theres not a lot of the automotive engine left in the DEL-120.

Based on interviews with other sources and U.S. Customs shipping data, it appears that Lycoming has worked in part with an Italian company called DieselJet, which has successfully repurposed automotive engines from FIAT for use in the UAS market. One of those engines, the TDA CR series, is actually certified by JetDiesel under EASA regs, but not, as far as we know, in production for civil use. Its only distantly related to the DEL-120, Kraft said.

Speaking of civil use, would Lycoming consider certifying the DEL-120 for civilian use? Yes, it would, Kraft says, but the decision will be driven by OEM interest, which has thus far been lukewarm. But Kraft said Lycoming would move forward with certification if the market looks promising. He declined to say what kind of volume the company is capable of producing, but it is configured for serial production. Design TBO for the engine-not TBR-is 2000 hours, although an initial version might be limited to 1800 hours. As rough cost predictor, Kraft says a certified civil diesel engine would cost more than twice as much as an equivalent gasoline engine, which more or less mirrors Centurion pricing. Lycoming expects to release more information on the DEL-120 and other engines later in the year.