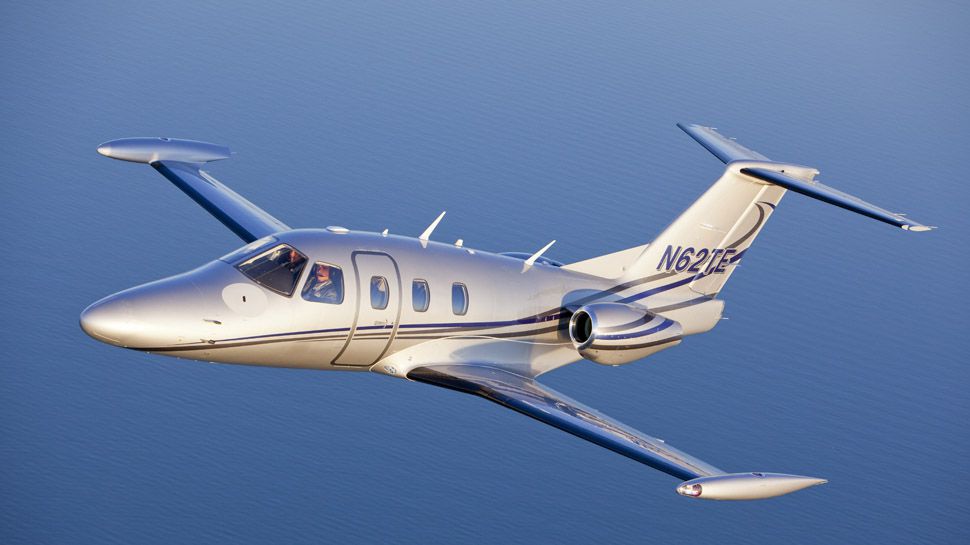 The first all-new Eclipse 550 twin-engine jet to roll off the production line in Albuquerque will be on display at the 2013 NBAA convention in Las Vegas next month, Eclipse Aerospace announced on Tuesday. CEO Mason Holland said the jet represents an “amazing accomplishment” for the company, which bought up the remnants of the original Eclipse just four years ago. The jet is based on the original Eclipse design, but with updated features such as dual WAAS (LPV) GPS receivers, XM weather, and a dual and redundant channel FMS. Available options include synthetic vision and auto-throttles.

The 550 is powered by two Pratt & Whitney Canada P610F jet engines that enable it to fly up to 41,000 feet at a max cruise of 430 mph, while consuming 59 gallons of fuel per hour. The jet is designed to be flown by a single pilot, and can seat up to six. It sells for about $2.9 million, and deliveries are expected to begin before the end of this year. The NBAA event is set for Oct. 22 to 24. In May, AVweb editorial director Paul Bertorelli went flying in one of the refurbished Eclipse jets from the original fleet; click here for his video report.