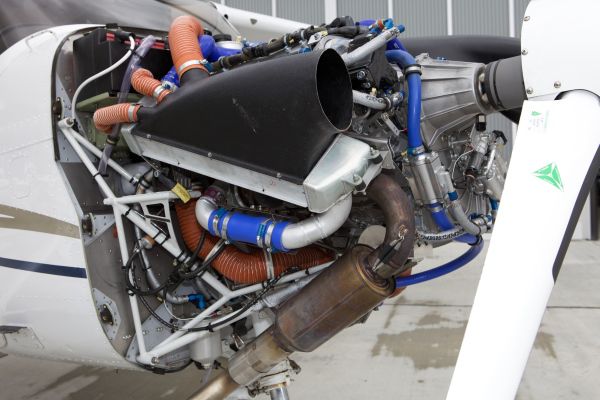 Premier Aircraft Sales says it hopes to have the demonstrator of its new diesel-powered upgrade of the Cessna 172 flying in mid April. The company announced the program earlier this week and Premier’s VP of Operations, Art Spengler, told AVweb interest is strong in the remake of the world’s most popular aircraft. “The phone has been ringing off the hook since the news release came out,” said Spengler. The company intends to sell spinner-to-tail refurbished ready-to-fly pre-G1000 172s with Continental/Centurion 2.0 liter diesel engines for $289,000, about $100,000 less than a new Skyhawk. The aircraft will come with new glass panels, spruced-up paint and a fresh annual and will cut the hourly fuel cost on the airplane substantially, he said. Given the greater availability of Jet-A in many parts of the world, it will make single-engine piston operations practical in areas where it is not. There’s also a retrofit available for current 172 owners.

The company will install the diesel for a base price of $95,000 and add whatever modern options the owners want for extra money. Spengler said flight schools are excited by the aircraft because of the fuel savings. At cruise, the diesel sips less than six gallons an hour compared to more than nine gph for a Lycoming-powered model. Jet fuel is also substantially cheaper in most places so the savings compound. The diesel also comes with FADEC so it has a single lever controlling all power parameters. Once the 172 installations are well in hand, Premier intends to offer the same package for Piper Warriors. Spengler said the program was the result of requests from customers but inquiries are now coming in from all over the world.