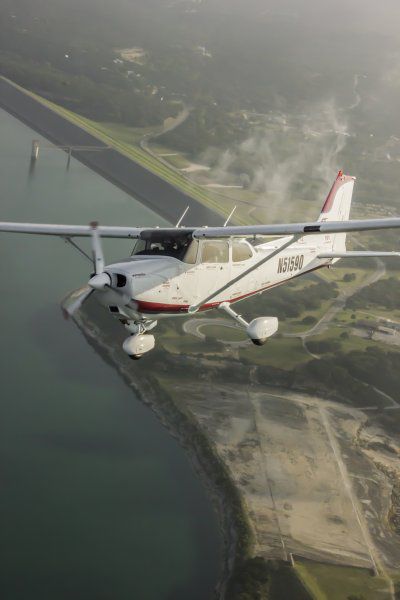 With the ink barely dry on Continentals agreement to buy Thielert Aircraft Engines, the company already has one customer commitment from an unlikely quarter: Redbird Simulations. On Sunday at AirVenture, Redbird announced a new initiative to convert Cessna Skyhawks to diesel power using Continentals 135-hp Centurion 2.0. The project is called Redhawk and will be pitched to the training market as an alternative to conventional avgas fueled trainers. In addition to the diesel conversion, the Redhawk will also have a modern glass panel from Aspen, Garmin navigators and fresh paint and upholstery. In other words, its an essentially new aircraft.

Price? No promises yet, but in this AVweb video, Redbirds Roger Sharp said the target price is under $200,000. Redhawk number 1 appeared at AirVenture on Sunday afternoon flown into Wittman field by EAA Chairman Jack Pelton, whos no stranger to diesel projects himself. Pelton was CEO of Cessna in 2007 when the company announced its first diesel initiative, a Skyhawk also powered by a Centurion diesel, the 155-hp variant. But that project was cancelled when Thielert ran into financial troubles and declared bankruptcy in 2008, where it remained until Continental bought the company just last week.

Pelton told AVweb that Cessnas research indicated that the diesels overall operating costs would be about 15 percent less than the equivalent gasoline engine. And while thats not quite a game changer, Pelton called the efficiency game significant and one likely to have substantial market impact, especially in parts of the world where avgas or any aviation fuel other than Jet A is unavailable.

And thats exactly what Redbird is counting on with the Redhawk. It will soon retire its gasoline-powered Skyhawks in favor of at least four diesel Redhawks and hopes to publish detailed operational cost data by October, when the company holds its annual industry training conference in San Marcos, Texas.

Although its core business is simulation training, Sharp said the company wouldnt have ventured into aircraft remanufacture if another company was filling the need. But, he said, thats not the case. If the economics of the Redhawk are proven, Sharp said, Redbird will tool up for serial production and will spend the next few months developing efficient manufacturing techniques. Redbird believes there’s a sufficient pool of suitable 172s to supply the project for the foreseeable future.