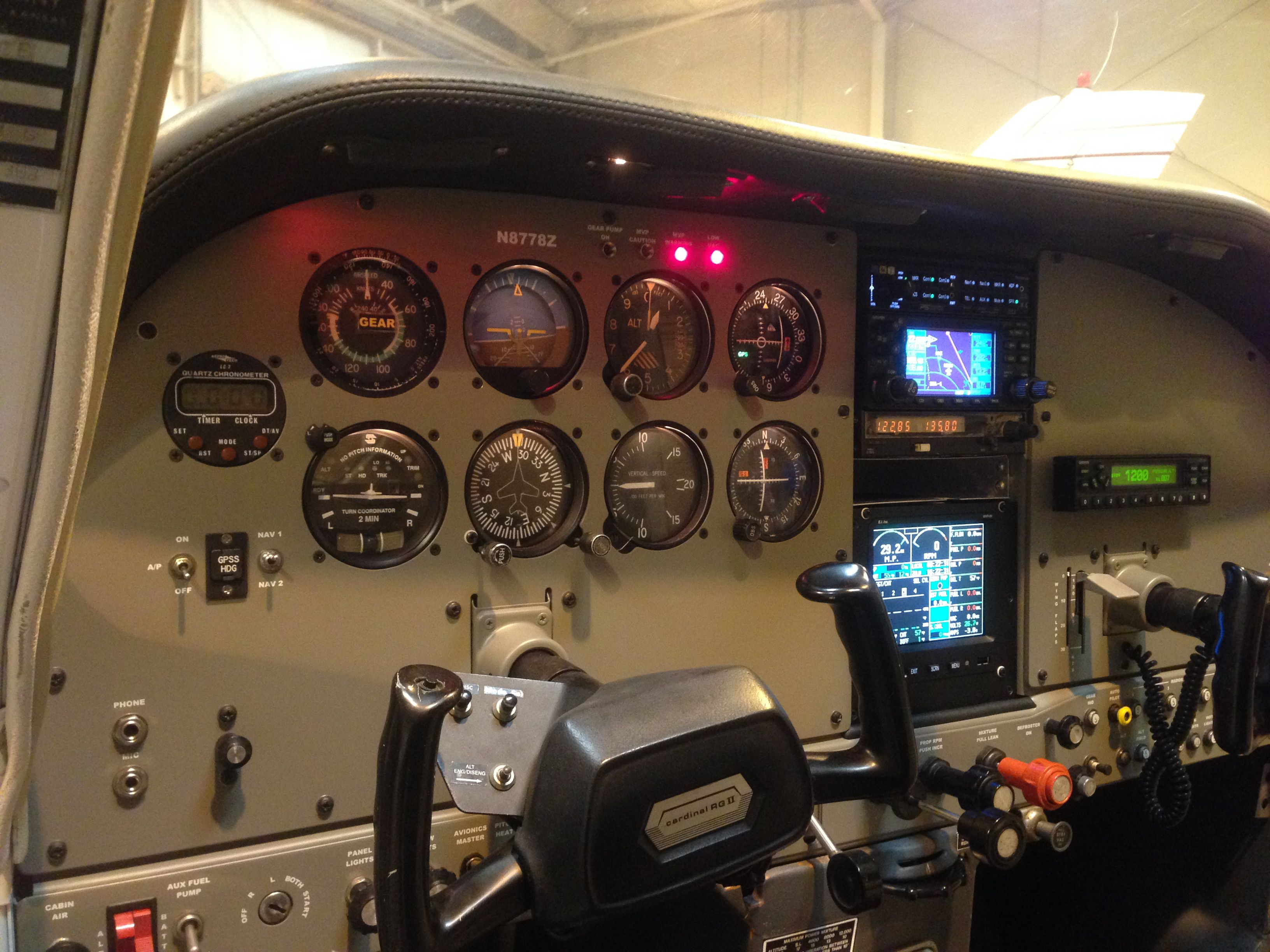 When Cessna introduced the Cardinal in 1968, it was, by the standards of the day, quite leap. Sans the familiar struts of the 172/182 line and with its rakish windshield, the Cardinal could fairly be called sleek. It was large doors that allowed easy access to the both the front and rear seats, the Cardinal proved popular with owners, even if it didn’t sell huge numbers.

Forty six years later, that’s still true, as proven by this nice restoration project submitted by Marc Martin who, along with his father and brother, restored a 1978 Cessna 177RG. Here’s a summary of the project:

“My father, brother, and myself own N8778Z, a 1978 177RG. Since purchasing it a few years ago with original paint, we have had the paint redone, and weve just completed a panel project, installing new panels and replacing all engine gauges with an EI MVP-50 engine monitor. With a Garmin GNS430W, STEC-30 AP with altitude hold, GPS roll steering, full engine monitoring, and current paint, we feel we have a quality airplane with close to new capabilities, at less than a quarter of the cost of new.”