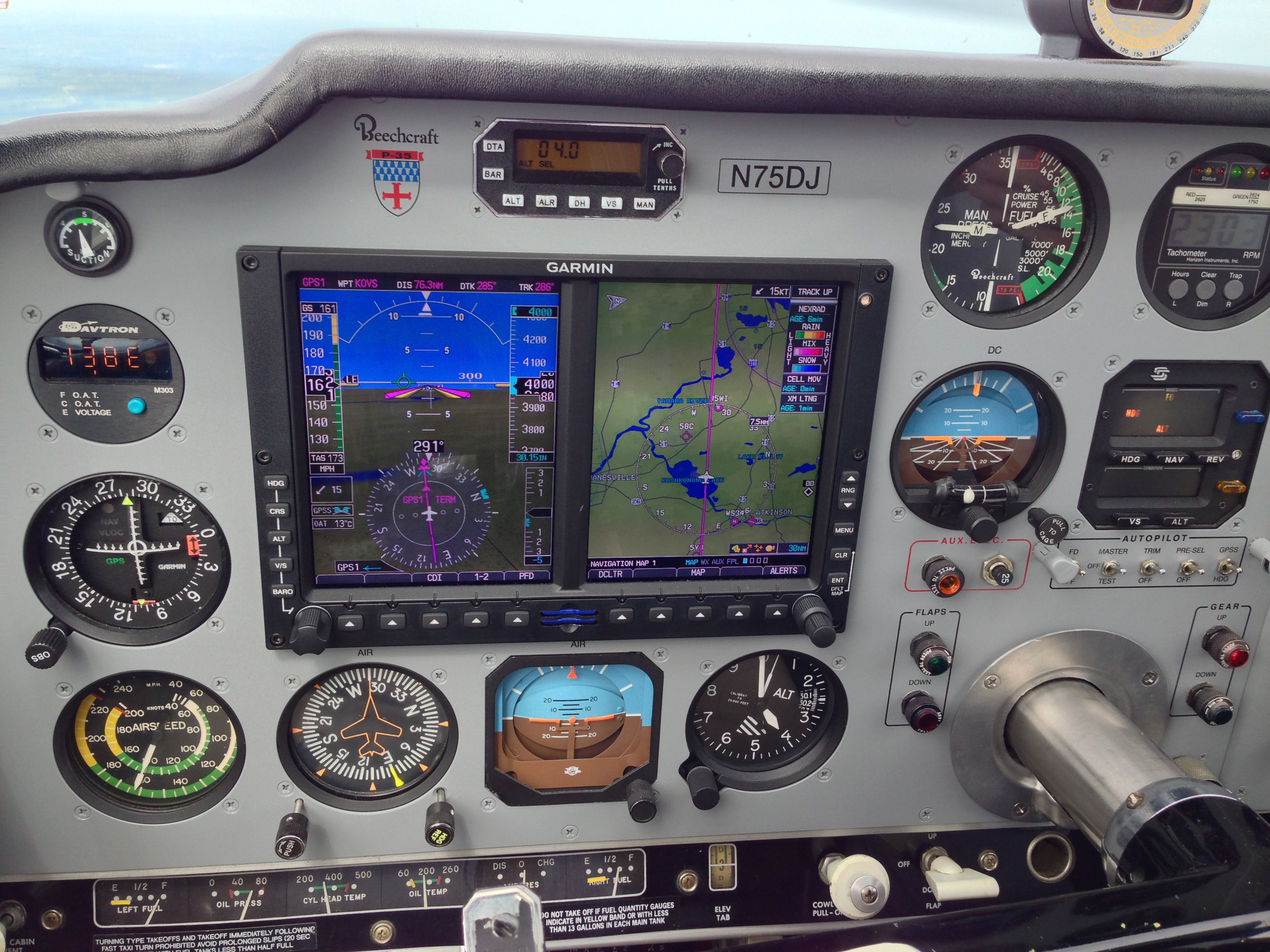 Nothing against Cessna, but even some of the nicely restored older ones still show their age-that straight tail is a dead give away. But not so V-35 Bonanzas, whose timeless lines make them look as modern and anything flying, especially the P-35s built during the 1960s.

This months refurb of the month comes from Jeffery G. Scherer and heres his report: This is my 1963 Beechcraft P-35 Bonanza, Serial D-7088, manufactured in December 1962; nearly 51 years old. I bought it in December of 1990 and plan to keep it till I can’t fly anymore. We(my twin brother flies with me since he retired as an Air Force C-5 pilot in 2001) have upgraded many times, the most recent depicted in the photos.

Total time is 4410 hours, with a factory new IO-470N in 2005. We added new paint and interior in 1994 and the airplane still looks new. A major avionics upgrade in 2010 included a Garmin G500 with synthetic vision, dual GNS430Ws, a Garmin transponder and audio panel. Weve got the BendixKing active traffic system displayed on the G500. We love this, but it cost $30,000.

We use an iPad mini for charts (Jepp) and the G500 has Jepp chart view. We carry a spare iPad with Foreflight for back up NOS approach charts and Jepp VFR charts.We always file IFR and fly for business and pleasure in Wisconsin, Illinois, Michigan and Minnesota, primarily. We fly 70 to 100 hours per year.

If youd like to see your airplane in AVwebs refurb of the month, send us some photos and a brief description of what youve done to your airplane and well try to find a spot for it.