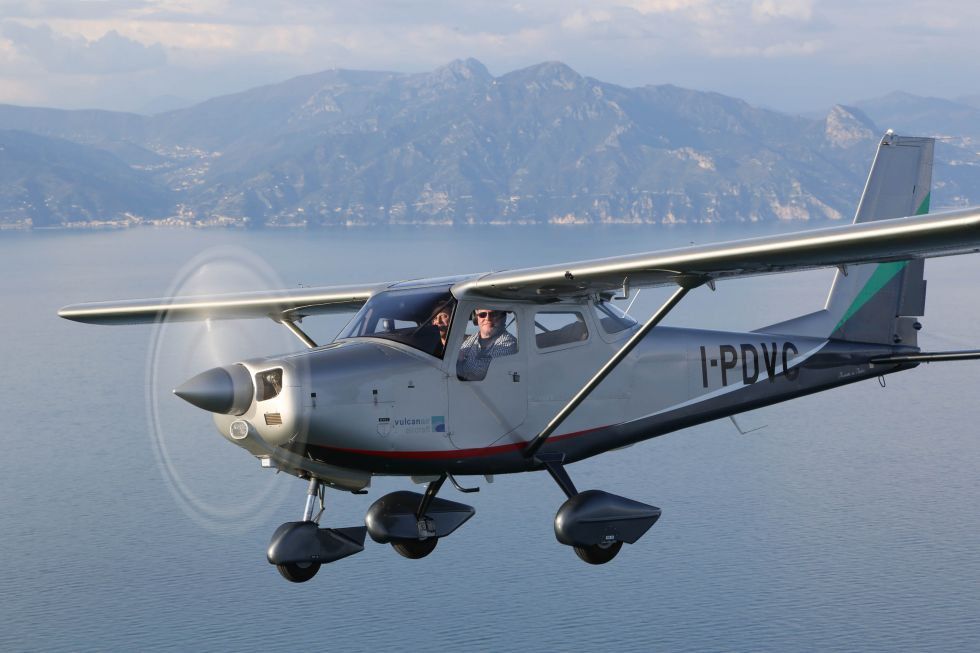 Ameravia Aircraft, the U.S. distributor of Vulcanair Aircraft, announced Monday that it has 11 firm orders and 25 options on its new 172-look-alike training aircraft, the V 1.0. The Italian-built aircraft, which U.S. rep Mike McMann says is comparable or superior to the 172 in most ways, is only about two-thirds the cost of a Skyhawk at about $280,000. In a podcast interview he said the low cost is Vulcanair’s marketing plan to get a foothold in the burgeoning training market, which he said is about to explode world wide.

He said there is no way the current aging fleet of training aircraft can accommodate the huge surge in training activity that’s coming to supply 700,000 pilots to the airline and regional airline business. “We think we can do a lot in this market,” he said. The airplane is “fairly spartan” in terms of interior appointments but it comes with a G500 TX1 and a 10-inch PFD and is based on a proven design used for training in Europe. The first deliveries are going to a flight school in Illinois and McMann said more orders are expected.