Each week, we go through dozens (and sometimes hundreds) of reader-submitted photos and pick the very best to share with you on Thursday mornings – and one photo that stands above the others is awarded an AVweb baseball cap as our "Picture of the Week." Want to see your photo here? Click here to submit it to our weekly contest. 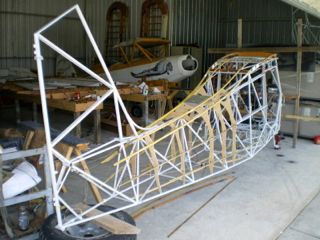 James Lichty of Brampton, ON (Canada)

Taken at the Great War Flying Museum at the Brampton Airport in Ontario, Canada. 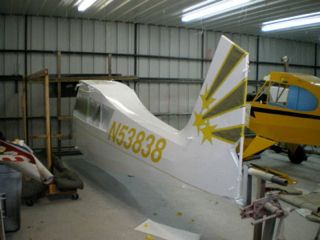 Lady of the Airways

George Mock of Windsor, ON (Canada)

Yankee Lady on take-off right over my head at Mason, Michigan.

Sony A350. Used some noise reduction. 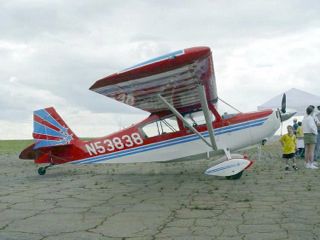 Tim’s first flight over the Netherlands. May 2007.

Stan Greenspan of Toronto, ON (Canada)

The Enola Gay on display at the Steven F. Udvar-Hazy Center in Washington, D.C. No mods to photo.

My Bushby Mustang ll on the beach at Vargas Island, just off the west coast of Vancouver Island, British Columbia.

Shot at Prarie Lake Hunt Club, north of Marseilles, Illinois. Airstrip has since been closed.

More of my work is available at Sportflight.net.

Mark Coleman and Paul Stambaugh outside of Ann Arbor, Michigan.

Taken with a GoPro camera.

My sister-in-law and her daughter at the 2011 Bear Valley Springs (California) Balloon Festival. Taken with an HTC Android phone and resized in Photoshop for submission.

This Luscombe looked at home on this grass strip in Arkansas. I enjoy flying this plane.

Landing at SeaTac in a Q400 at Night

Terry Gleason of Albany, OR

Landing at SeaTac at night made for an unusal photo. Used a Fuji S2Pro with a Nikon 18-70 lens.

Holding the stick in one hand and the camera in the other, in an open-air cockpit on a nice freezing day.

Camera: Canon A1200
No processing except scaling down a little.

Early Morning at EAA Seaplane Base

The EAA Seaplane Base at Willow Harbor as a fog bank lifts over Lake Winnebago during AirVenture 2011.

My dad volunteers with the CAF in Camarillo and caught the China Doll in the hangar lights. Other than size, the picture is unedited.

Click here to submit your own photos to “POTW.”