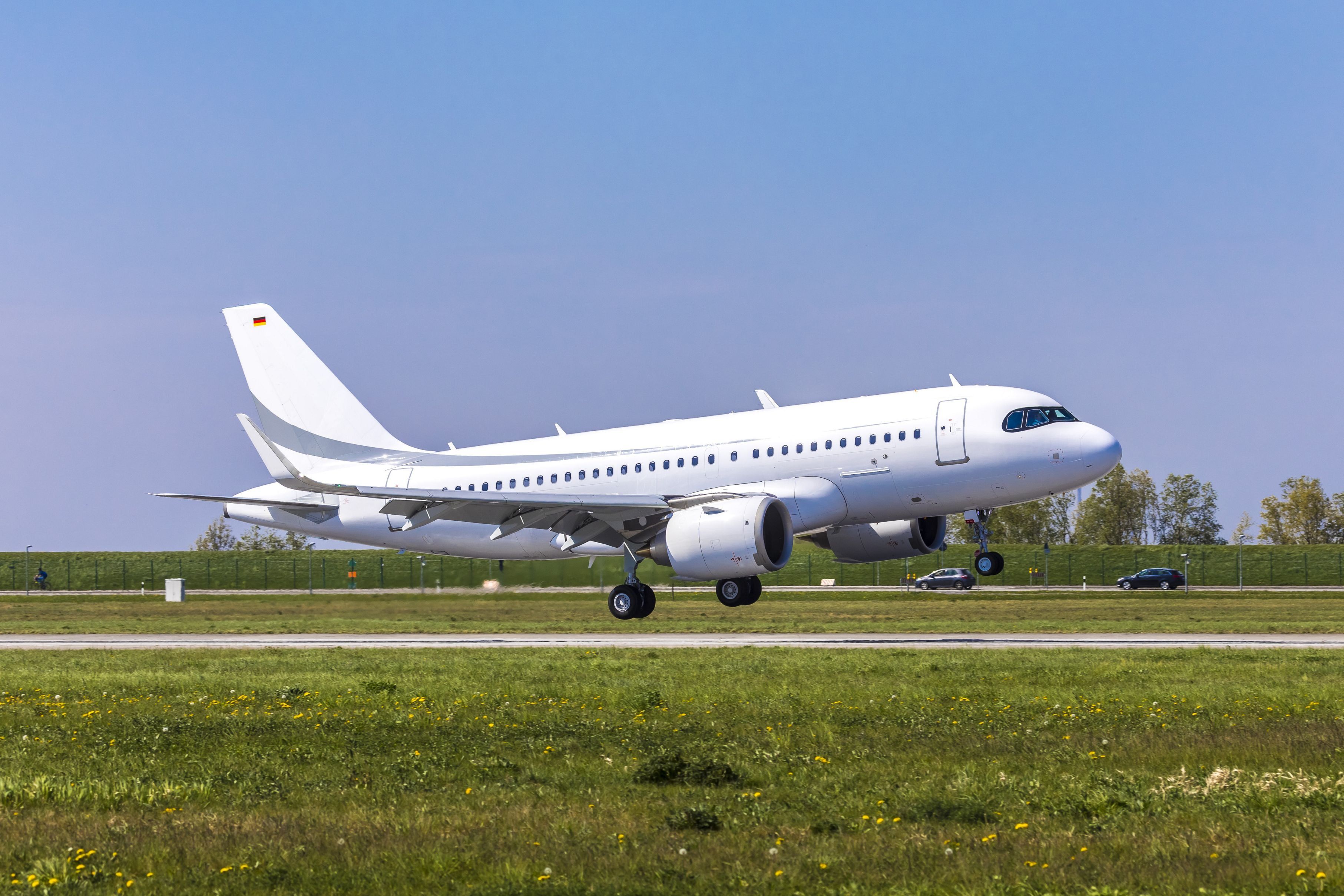 Airbus’ ACJ319neo business jet successfully completed its first flight on Wednesday. According to the company, the one-hour-and-55-minute flight is the beginning of a short test program designed to verify the aircraft’s “corporate jet features” including extra fuel tanks in the cargo hold, which enable intercontinental range. The ACJ319neo being tested was built for Germany’s K5 Aviation and has been equipped with five additional center tanks. After delivery, Airbus says the aircraft will be outfitted with a VVIP cabin by Fokker Techniek in the Netherlands.

Based on the A320neo, the ACJ319neo is powered by either CFM LEAP-1A or Pratt & Whitney PW1127G1 engines and has a maximum range of 6,750 NM. In addition to new engines, ACJ319neo design features include “wingtip-mounted Sharklets” (winglets) to reduce fuel burn and lower cabin altitudes to increase passenger comfort. The corporate version of the A320neo, called the ACJ320neo, first flew in November 2018. Airbus says it currently has about 200 corporate jets in service worldwide, along with orders and commitments for 14 “ACJ320neo family-derived aircraft.”