Multiple investigations into two accidents of Boeing 737 MAX 8 aircraft will inevitably focus on a much misunderstood FAA program called ODA for organization designation authorization. And Pete Bunce, president of the General Aviation Manufacturers Association, says that may ultimately be a good thing for both the aerospace industry and general aviation manufacturing specifically.

We were concerned that the political apparatus would react before they have the facts, Bunce said in this exclusive podcast recorded at the Aero exhibition in Friedrichshafen, Germany, this week. What Im sensing, at least over the last week, is that everyone is calming down. Weve had preliminary accident investigations and were going to get more data in and let Secretary Chaos process work, Bunce added. (Elaine Chao is U.S. Secretary of Transportation.)

ODA is under scrutiny because some political leaders and even aerospace industry veterans are asking if Boeings use of the program allowed flaws in the MAX 8s design to slip through the certification process. ODA allows manufacturers to designate in-house staff to serve as FAA oversight. In GA, designated engineering and airworthiness representatives are common, given that the FAA is short-staffed, both on expertise and budget.

The expertise for modern aerospace resides with the industry primarily. We use designees for operations all the time. I had my folks do the numbers. Last year, 48,000 certifications were given on the ops side; the FAA did 2700 of those. Government has to rely on that expertise, otherwise the industry would stop, Bunce said. With electric propulsion and air mobility on the horizon, the FAA will rely on designees more than ever, Bunce said.

Although no major delays have been reported, we learned at the Aircraft Electronics Association show last month that at least one manufacturer, TruTrak, experienced a minor hitch in a certification review apparently sparked by the Boeing certification mess. The FAA wanted to review the paperwork before issuing approvals. 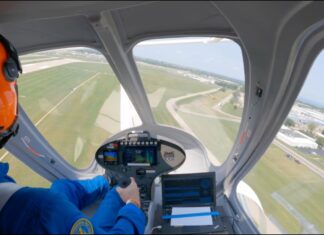 Paul Bertorelli - July 31, 2021
Volocopter has been tentatively demonstrating its multi-rotor urban air mobility aircraft for a couple of years, but this year, it showed up...
© 2020 Aviation Publishing Group. All rights reserved.