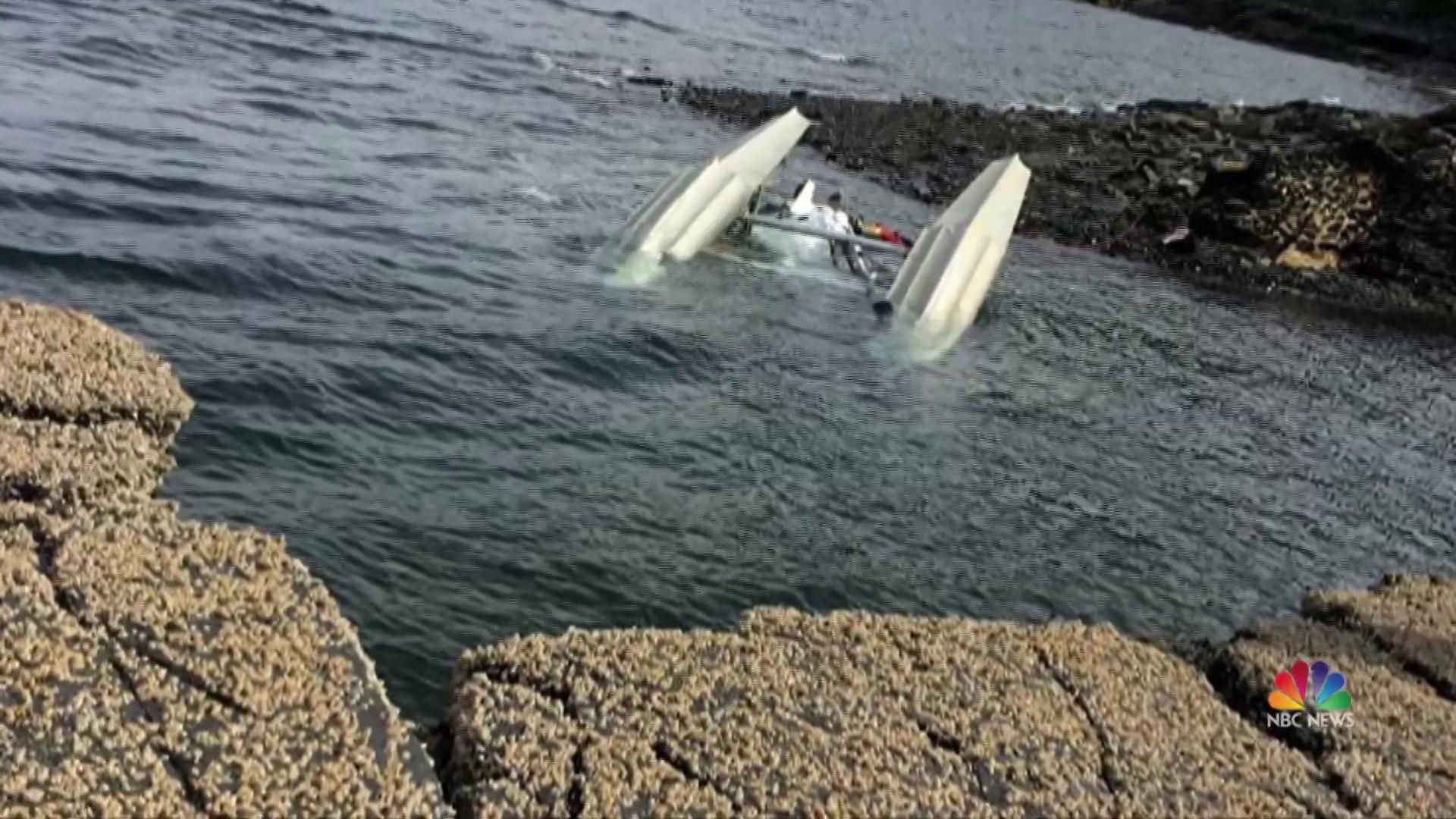 The rise of the regional jet has displaced twin turboprops in the short-haul airline market and that, in turn, has relegated a certain term to the dustbin of dead words: puddle jumper. Remember it? Nervous passengers applied it to the unfairly maligned Beech 99 or Embraer Bandeirante poised on the ramp to whisk—OK, plod—them from O’Hare to Cedar Rapids.

Having stepped from the comfort and speed of a jet airliner, passengers were nervous about boarding an airplane with propellers. Cue the rubber band jokes. The instinct was not necessarily misplaced. Those airplanes—or more accurately the types of trips they flew—had a higher accident rate than their turbojet brethren, although it was hardly higher enough to threaten death or dismemberment.  Passengers embarking on commercial sightseeing flights might do well to remember that they were once fearful of airplanes that weren’t jets flown by people with stripes and wheel hats, even if they didn’t know why.

The NTSB has taken notice following two flightseeing accidents in Alaska that killed eight people and a helicopter crash in Hawaii that claimed three more. We reported this week that as a result of these accidents, the NTSB thinks the FAA should apply more stringent regulation to the tour industry. Cue the knee-jerk they’re-regulating-us-to-death complaint. Understandable, I suppose, because these operators were already flying under the more stringent Part 135, according to the NTSB. But many tours are flown under Part 91.

So what exactly does the NTSB recommend? The board spelled it out in its list of Most Wanted improvements for aviation safety. The recommendations are somewhat nebulous, but they assume the FAA will know what’s required, since it has already applied such suggestions to the Part 121 segment with stunning results. Specifically, the NTSB wants to see safety management systems scaled to the size of the operation, informed by flight data monitoring of some sort. Anyone in the airline biz will recognize this as data-driven safety programming. In conjunction with that, the NTSB recommends specific CFIT avoidance training.

The trick part here is “scaled to the size of the operation.” The FAA has never been good at that because it uses the same size hammer for a carpet tack as a 20d spike. I learned this firsthand when I was flying Part 135 in the early 1990s when drug testing became a thing and I was put in charge of the pee-in-the-cup program for—wait for it—four pilots. It was impossible to see how this human effort and expense had any impact on safety. And that at a time when the FAA had more staff and resources than it does now, which is to say writing the new regulation would be a challenge, much less monitoring it in the field.

The NTSB’s Robert Sumwalt observes, accurately, that the Part 135 segment has improved its accident rate as a result of technology, training and FAA oversight. But I think he goes too far in suggesting that flightseeing operations can have the equivalent level of safety as offered by the airlines, no matter how they’re regulated. Air tours are often flown in single-engine aircraft, with single pilots, at lower altitudes near terrain and always VFR, so ATC services may or may not be available. Part 135 and 121 ops have specific enumerated weather limits and in the latter, dispatchers to help with the details and most likely a company culture that supports the skipper’s decision not to fly.

Good luck with that in an air tour operation, especially in Alaska. As an accident factory, Alaska has it all—rapidly changing weather and limited infrastructure to report it, rugged, high terrain, limited ATC coverage, occasionally dense traffic, remoteness, and lack of transportation that aren’t aircraft. For years, the FAA and NTSB published accident data with the Alaska cutout—except for Alaska, the accident rate is thus and such. The factors listed above were contributory to the high rate, but so was a regional pilot culture that encourages risk taking. At an NTSB public hearing two years ago, FAA official Deke Abbott, who spent most of his career outside of Alaska, said he was taken aback by the adventurous nature of pilots in Alaska.

Others at the same hearing noted that both the accident rate and the pilot culture in Alaska have improved and more operators are embracing careful risk management strategies if not the formal safety systems Sumwalt envisions. One operator, Hageland Aviation, told the NTSB it screens for high-risk behavior in all aspects of the lives of new-hire pilots.

In the end, passengers who buy seats on these flights simply cannot, in my view, expect the same level of safety they might on a flight from Los Angeles to New York, regardless of the equipment used. Recall the mother of all flightseeing accidents, the 1979 crash of a DC-10 into Antarctica’s Mount Erebus, killing 257. It was caused by a chain of human error, but flying close to terrain the passengers wanted to see ultimately drove the outcome.

Perhaps there’s a useful corollary in the skydiving business. These flights are flown under Part 91 and the activity as a whole is deemed so risky that the FAA wants little to do with it. Part 105 covers it, but the FAA leaves the details to flesh out best practices to the industry itself, specifically USPA. The funny thing is that the data shows skydiving—including the aircraft ops—aren’t nearly as risky as people might imagine. Last year, the sport recorded its lowest number of fatalities in modern history and over the past two years, there have been more air tour crashes than skydiving aircraft accidents. ( I don’t have rates, sorry. So take the data for what it’s worth.)

What’s different about skydiving is the informed consent doctrine. Anyone who participates signs a waiver plainly stating that what they’re about to do is crazy risky and the company providing the service assumes no responsibility whatsoever if things go wrong. Everyone signs. I’m not sure air-tour passengers need a waiver, but the concept is the same. So maybe one response—I wouldn’t say solution—is some industry self-policing and best practices development, more CFIT awareness and risk mitigation under VFR for tour pilots.

But in the end, if you’re going to fly up and down glaciers, between high peaks and around and below clouds to feed your Instagram, that’s inherently more risky than modern airline travel. And it’s wrong to pretend that the two can be equal.

Last week’s coverage of the 75th anniversary of the D-Day landings gave us all things to think about. I don’t know about you, but events like these have a tendency to propel me through an arc of continuing examination and reading.

AVweb reader Steve Zimmerman attended the events with his choral group, Sound of the Rockies. Here’s a YouTube link of one of their performances. I think it captures the essence of the American spirit and the generosity that put us and our allies on those beaches in the first place. I would ask no better representation of what America means to me.

And speaking of generosity, on June 6, 2004, the 60th commemoration of the landings, the late Andy Rooney of CBS broadcast this remembrance. A fine writer, of D-Day, Rooney said this: “It was one of the most monumentally unselfish things one group of people ever did for another.”

And thus it lives on as one of those pivotal historical events a dwindling few saw first hand, but which benefits us all.