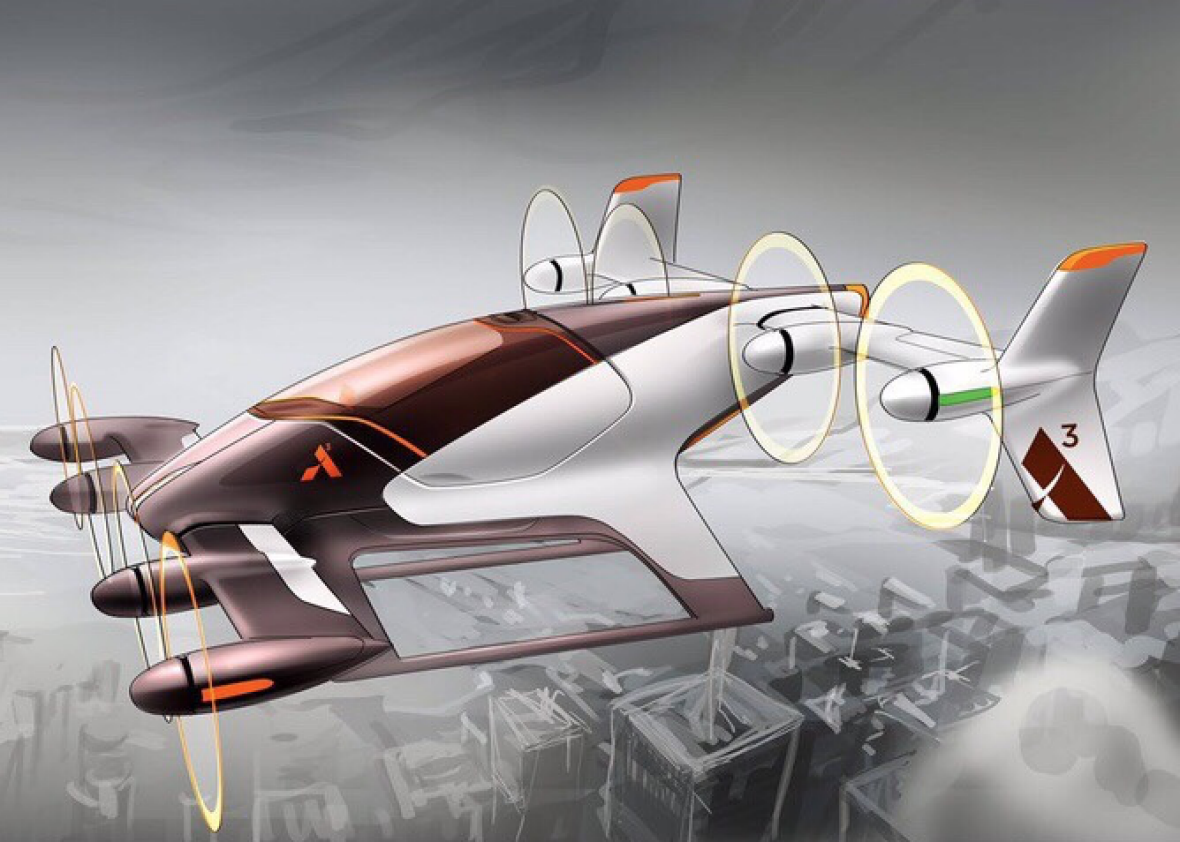 Airbus will begin test flights of its flying taxi prototype by the end of the year, the company’s chief executive said this week. Speaking at the technology industry’s DLD Conference in Munich, Tom Enders said the company’s Silicon Valley arm is developing a multi-rotor, autonomous vehicle that would ease traffic congestion in the world’s major cities. The Vahana project, announced by Airbus last year, is part of a company division called Urban Air Mobility that also is working on multi-passenger autonomous vehicles for city commuting. The Vahana has been described in the media as a “flying car,” but drawings of the prototype indicate it does not have wheels, but skids, twin tails and multiple sets of propellers in the front and rear.

“We are in an experimentation phase, we take this development very seriously,” Enders said in a Reuters report from the Munich conference. “One hundred years ago, urban transport went underground, now we have the technological wherewithal to go above ground.” The electrically powered vehicle also would provide environmentally friendly transportation and reduce the need for more roads, Enders said.“With flying, you don’t need to pour billions into concrete bridges and roads,” he said. While the concept seems futuristic, Airbus believes the vehicle it will fly within a year marks the start of a new industry incorporating unmanned vehicles for the masses. “If we ignore these developments, we will be pushed out of important segments of the business,” he said in the Reuters report.