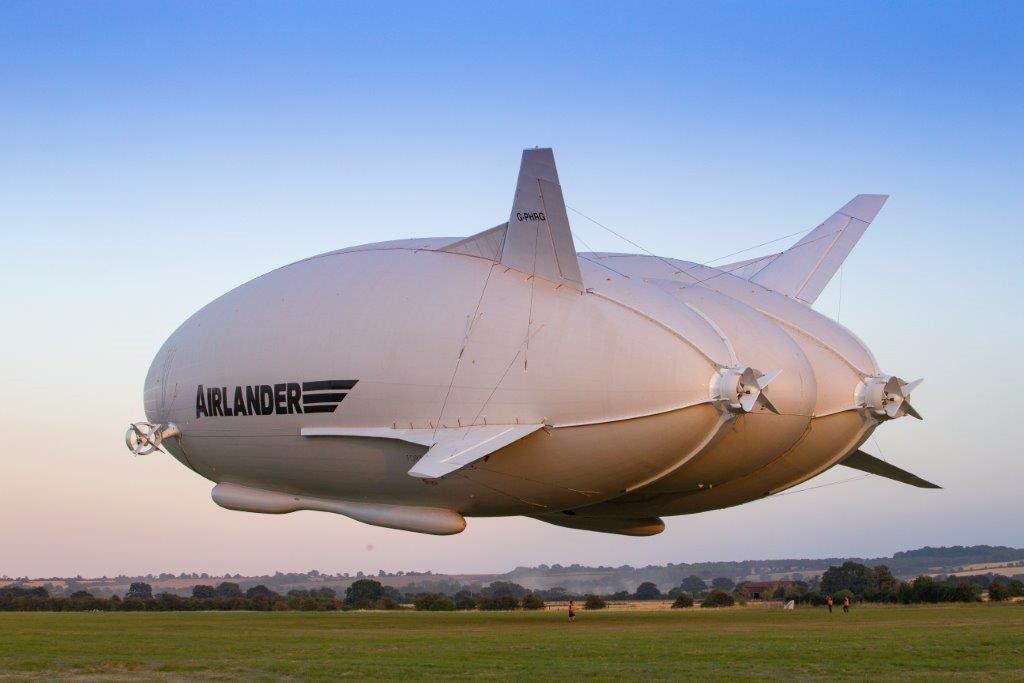 The giant Airlander 10 went aloft for the first time today from Cardington Airfield in Bedfordshire, England, completing a successful test for its maker, Hybrid Air Vehicles. The 300-foot, blimp-like aircraft landed before dark after about 15 minutes. Crews spent much of the day preparing for the first flight, which was postponed from Sunday after a last-minute preflight glitch that didn’t leave enough time to fly before sundown. The Airlander’s four engines started up about 30 minutes before takeoff. Two test pilots flew it in a 5-mile area around the airport, reaching 500 feet and a maximum speed of 35 knots.

“All test objectives were met during the flight. These included the safe launch, flight and landing of the Airlander 10 and a series of gentle turns at increasing speed,” HAV said after the flight. “Some technical tests on its hull pressure were also undertaken.” The chief test pilot said the aircraft “flew wonderfully.” The aircraft will have a top cruise speed of about 80 knots and is designed to remain aloft for days at a time. About 60 percent of the ship’s lift comes from helium, and the other 40 percent is provided by the ship’s aerodynamic shape and thrust from the engines. HAV, which is supported in part by European research grants and private investors, said flight trials will continue as it demonstrates the aircraft’s capabilities for passenger and cargo transport, surveillance and search and rescue.