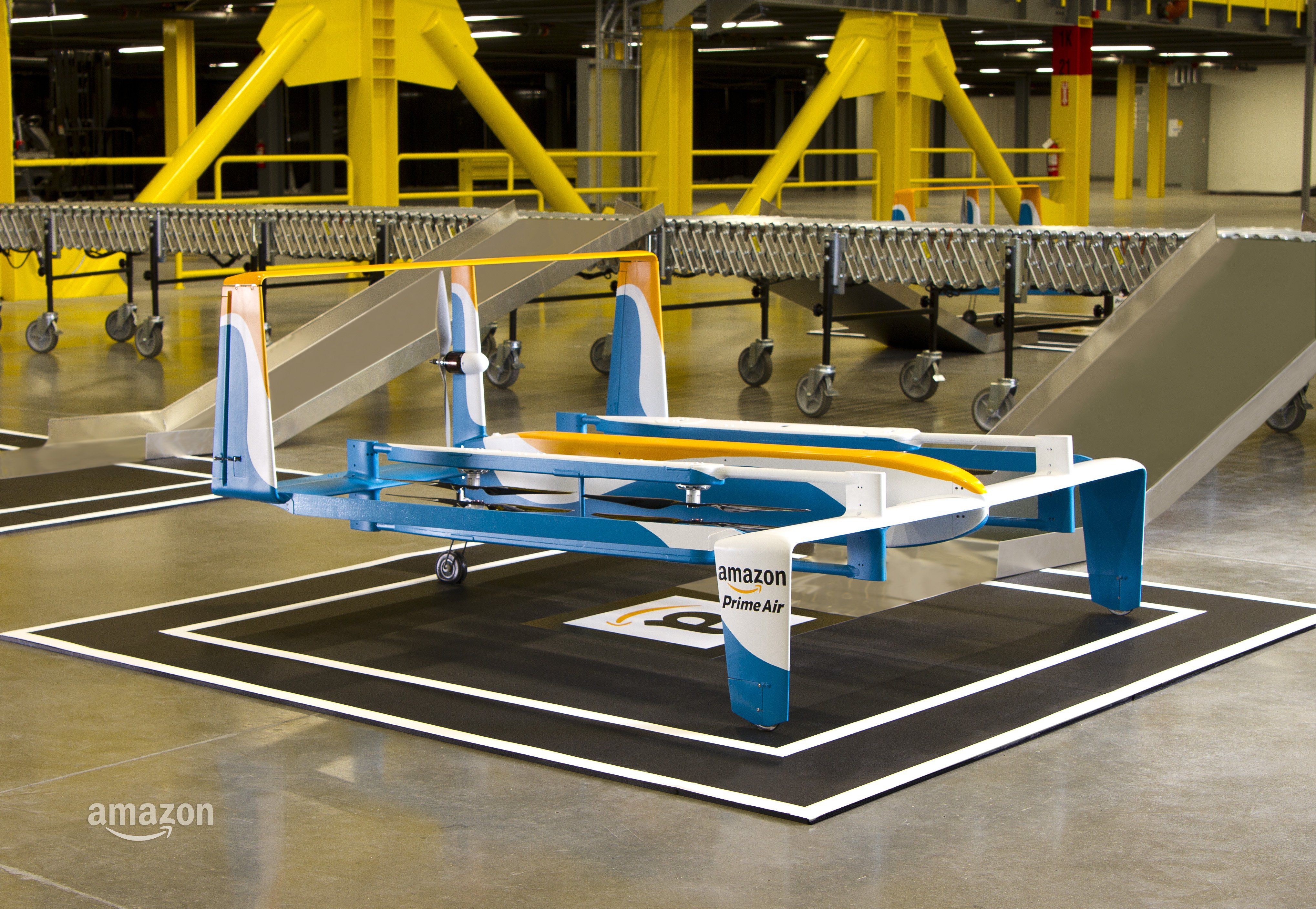 Amazon took advantage of Cyber Monday to announce the latest details about its planned drone delivery system, releasing two new videos and a Q&A that aims to convince consumers that the concept is not “science fiction.” One day, says Amazon, “seeing Prime Air vehicles will be as normal as seeing mail trucks on the road.” The video shows a larger Amazon drone than what has been seen in earlier updates, a hybrid that can take off and land vertically and then convert to horizontal flight. The new delivery vehicle appears to be about six feet long or so, nose to tail, judging by the relative size of the box it’s carrying, but Amazon says it will weigh less than 55 pounds. The service aims to provide deliveries within 30 minutes. Amazon isn’t saying how long till drone delivery becomes reality, but says to expect it in “the not-too-distant future.” The Q&A suggests that Amazon’s technology is mature, and the company is waiting only for “regulatory support” to deploy.

Amazon also posted two “position papers,” dated July 2015, that spell out how the company thinks airspace can be managed to safely allow its autonomous delivery drones to operate. The company proposes a “high-speed transit zone” from 200 to 400 feet above the surface, with a “no-fly zone” between 400 and 500 feet to provide separation from “Integrated Airspace” where manned aircraft fly. In the U.S. today, the report notes, there are about 85,000 commercial, cargo, military and general aviation flights every day. “This number is likely to be dwarfed by low-altitude sUAS operations in the next 10 years,” Amazon says. The drones will use “sophisticated sense-and-avoid technology” to ensure safe operations, the company says.