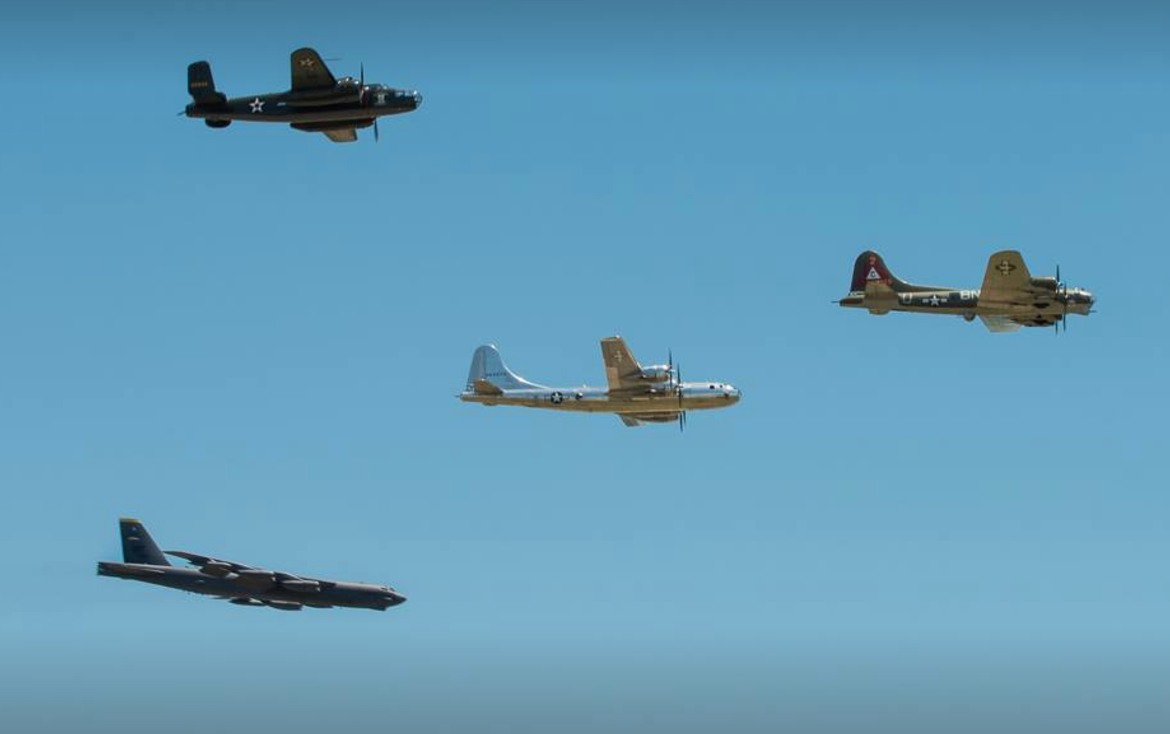 The restored B-29 Doc made its airshow debut on Saturday, in the Defenders of Liberty Airshow at Barksdale Air Force Base, in Louisiana. “What was really special for us, we were able to meet up with a B-52 in flight, over Oklahoma,” Josh Wells, spokesman for Doc’s Friends, told AVweb this week. “That was majestic. Doc’s first assignment, in 1945, was Barksdale, so to come screaming down across the airfield with those bombers, that was special. We got a hero’s welcome.” The air show was sold out both days, with record crowds, Wells said, drawing more than 170,000 people each day. “People were just amazed to see the airplane, the sheer beauty of the airplane, and amazed by the story of how it was restored by thousands of volunteers over 15 years. People were just thrilled to see it.” Wells said the airplane flew and operated beautifully, with no problems.

The B-29 will next fly June 10 and 11 at Whiteman Air Force Base in Missouri, in the Wings Over Whiteman airshow. Wells said they are also working to schedule a public event in Wichita sometime in June, to make up for an April open house that had to be canceled due to weather. Later this summer, the B-29 will fly at EAA AirVenture in Oshkosh, Wisconsin, July 24 to 30. More events are in the works and will be announced as plans are finalized, Wells said.