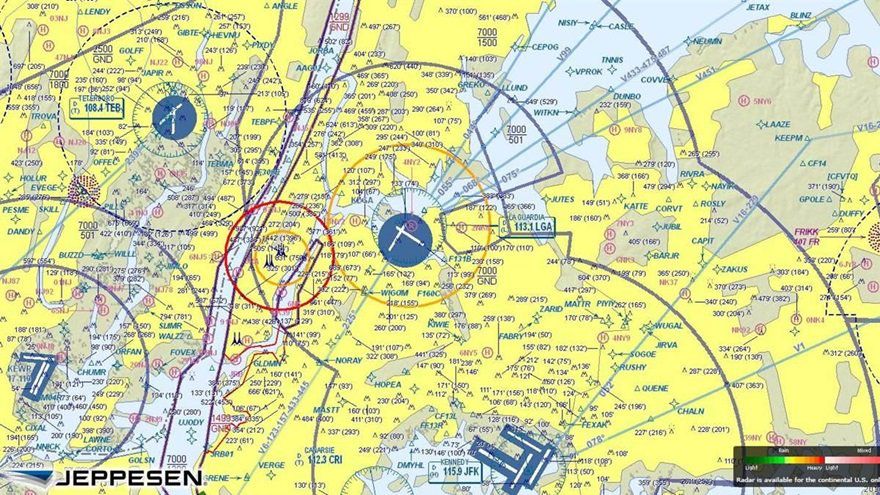 At last week’s NBAA show in Orlando, I was having a little argument with myself in one of the press conferences. A staple of these things is what we used to call in the newspaper business “grip and grins.” The assembled people of import grip the certificate/plaque/award/trophy, face the camera and beam. Click. Two cols on page 9 the next morning.

I lost the argument with myself. I finally unassed my seat and snapped a photo of Cirrus receiving its type certificate for the SF50 jet soon to be delivered to customers. What the heck, a $250 million piece of parchment deserves a few pixels on my iPhone. I actually used the photo in this video.

We had already covered the news, so I was just sitting in on the press conference as a seat warmer. But as the presentation unfolded—basically an update on the SV50 program and coming production—it occurred to me that what I was watching was the result of a painful lesson Cirrus learned during the early 2000s. The company learned that just equipping an airplane with a parachute and other safety features doesn’t de facto make it “safe.” If the pilot isn’t integrated into the aircraft’s operation with a thoughtful training doctrine, pilots will find a way to defeat the best efforts of the engineers and designers. And pilots did.

The Cirrus SRXX safety record was, for many years, barely average and the fatal rate was worse than average. But recently, Cirrus, in conjunction with an active and devoted owner group, got serious about analyzing accident causes and devising training programs to suit the airplanes’ unique needs and use patterns. The accident rate has plummeted and the rolling 12-month fatal accident rate, since 2014, has been less than half the GA rate of about 1.2/100,000 hours. Some of that is due to rising fleet numbers and hours but most of it is more likely due to the simulator-based scenario training new pilots are getting and that many are doing recurently.

The point is that Cirrus has clearly learned from this experience and although the SF50 will have a parachute, the airplane won’t be pushed into the field without a rigorous training program for pilot/owners beginning with a basic skill assessment a year ahead of accepting delivery, then a deep dive into training six months before delivery. The initial training is a 10-day cycle. That’s not atypical of new jet and turboprop aircraft, but it looks to me like Cirrus’ execution of it is more vertical than other companies. It will exercise strong oversight of the training as part of a single-point-of-contact ownership program that basically covers everything related to the airplane, from product support to training and maintenance.

I can’t see how Cirrus could do this any other way based on the company’s experience with the SR series. Still, it was nice to see that they appear to have thought through the entire process with few details left untended. We don’t see that very often in business, must less the business of airplanes. We’ll see how it works out when deliveries begin next year.

As I said, the SF50 will have the CAPS. At the press conference, Cirrus said this system has been credited with 70 “saves” in a fleet numbering 6500 aircraft or about 1 percent of the fleet. You can decide whether it has been efficacious in the Cirrus safety record, but I would say that it has been, even if it took awhile to get there. I would expect a different equation in the jet because its deployment envelope is smaller by dint of speed. And that’s where the training comes in. The doctrine of “pull early, pull often” will need to be tailored for a faster, more sophisticated airplane. And despite the automation, which the SF50 has in spades, pilots will have to perform to a different set of standards than they do in a slower piston airplane.

The press conference discussion gave me the impression that Cirrus is ready for this or soon will be. Now the question is: will the pilots be?

One thing I’d like to see the newly elected President Trump do is to reexamine and eliminate these ridiculous presidential and VIP TFRs. If the election was supposedly in reaction to the elites running amuck, this is a good place to start. This one popped up Wednesday and it effectively closes the Hudson River VFR corridor. It’s a classic example of silly administrative overreach that’s similar to overbroad gun legislation.

The TFR is too small to be any good if it could be any good at all and the sole effect of it is to deny law-abiding pilots access to the corridor. Let’s get rid of the stupid things.

How could I forget? I didn’t. I’m always a day behind the calendar. Today is Veterans Day; the 11th hour of the 11th day that officially marks the sacrifice of so many who have served. It’s customary to thank a veteran for his or her service. I’m not so sure the casual thanks reserved for this day is the best idea. In this essayauthor Matt Richtel describes it as the equilvilant of “I haven’t thought about this until now.”Thanks rendered, duty done. “Patriotic gloss,” says Tim O’Brien, Vietnam vet and the author of The Things they Carried.

So what’s the alternative? I think newly elected Illionois Senator Tammy Duckworth, a grievously wounded Iraq veteran, recently said it best. She said she wanted to be in the Senate to remind people who have never seen the inside of a barracks, much less a crap filled trench 5000 miles from home, that this is what you’re asking us to do. Just so you know. And she certainly does.

Maybe the better thing to say is, “next time, I’ll pay more attention before we send you to war.”