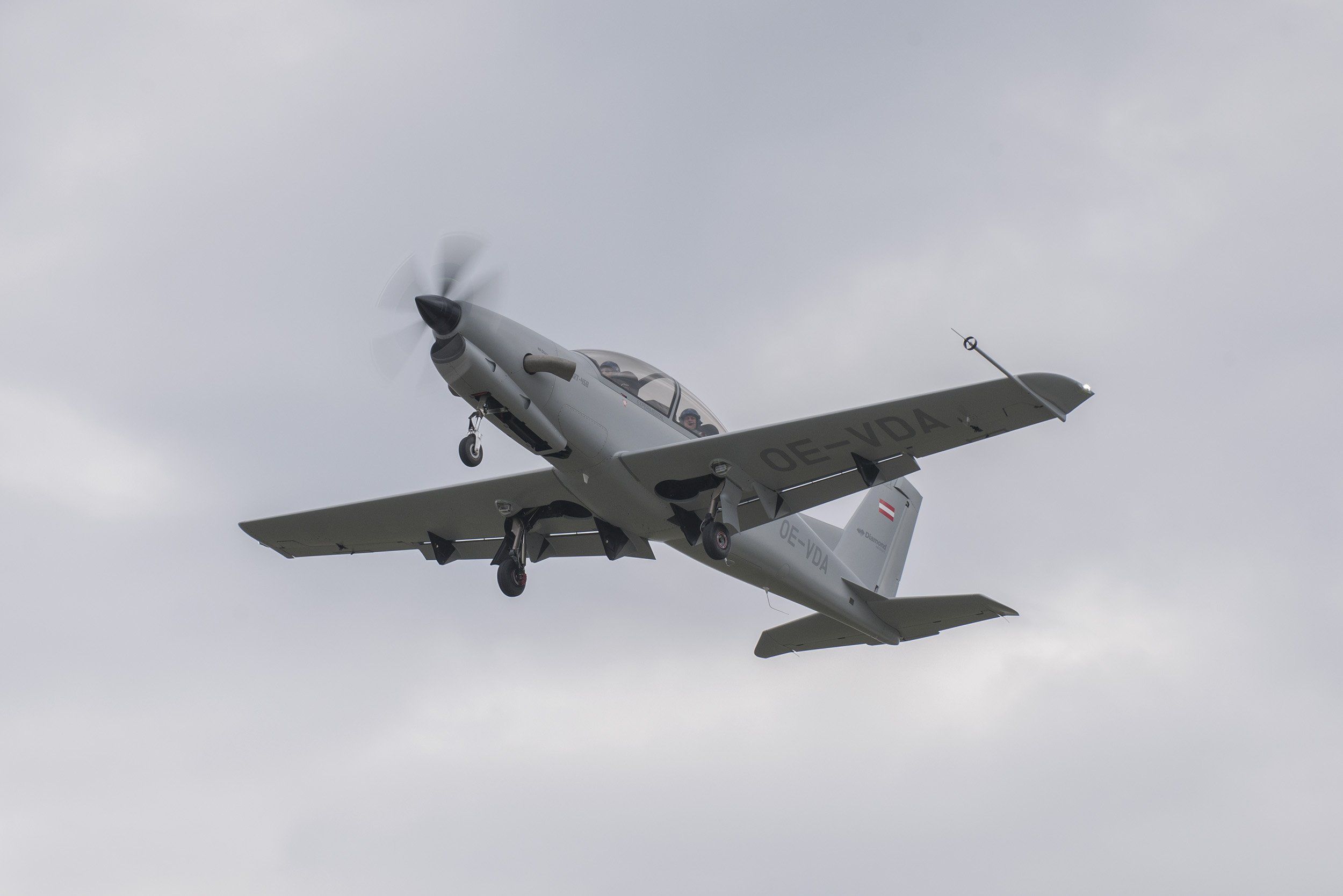 Diamond has flown its DART trainer prototype for the first time. The turboprop tandem-seat aircraft took off Tuesday for its maiden flight and it was good enough for company President Christian Dries to commit to production. “Company Chief Test Pilot Ingmar Mayerbuch and Flight Test Engineer Thomas Wimmer have been so excited about the first results that certification and serial production is green-lighted,” said Dries. The aircraft went from drawing board to first flight in less than a year.

The aircraft’s official name is the Diamond Aircraft Reconnaissance Trainer and it’s envisioned as a civilian and military trainer. It’s all carbon fiber with a sidestick and pneumatic ejection seats. It’s fully aerobatic (+7/-5G) and is powered by an Ivchenko-Progress/Motor AI-450S turboprop with a five-blade MT propeller and Garmin avionics. Its estimated top speed will be about 250 knots.