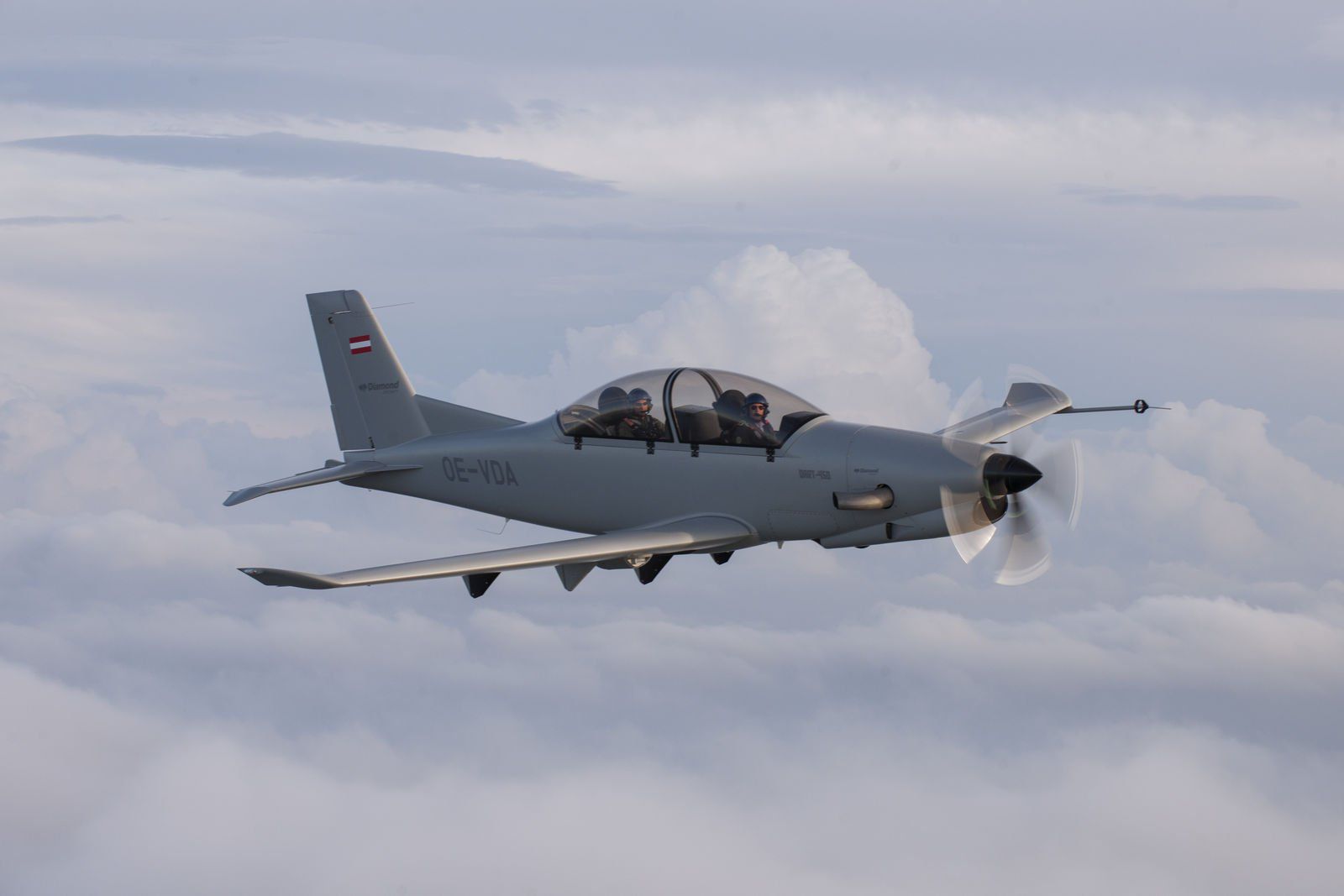 Diamond Aircraft’s DART-450 made its public debut this week at the U.K.’s Farnborough International Airshow. The single-engine turboprop first flew in May at Diamond’s facility in Austria, less than a year after initial design work began. Like Diamond’s other aircraft, such as the DA42, the DART (Diamond Aircraft Reconnaissance Trainer) will offer versatility, with potential uses including training and surveillance operations, and efficiency with a fuel burn of about 90 liters (24 gallons) per hour.

The airplane is built from carbon fiber in a low-wing, tandem two-seat configuration. It is fully aerobatic up to +7/-4Gs and has maximum takeoff power of 495 horsepower with a UkrainianIvchenko-ProgressMotor Sich AI-450S turboprop and a five-blade MT propeller. It’s also equipped with ejection seats, Garmin avionics and a fuselage that is ready-to-mount for a retractable surveillance camera and other equipment. Diamond first announced the new model at the 2014 show, saying it planned to fly a prototype at this year’s event.