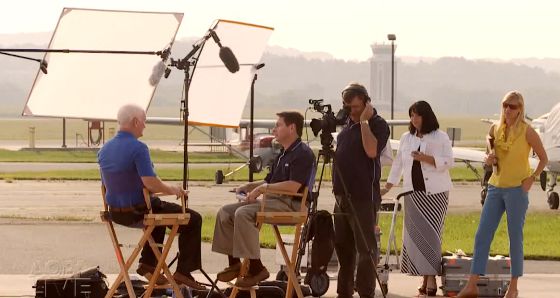 AOPA incoming President Mark Baker says he’s already spoken with EAA Chairman Jack Pelton about future “collaboration” to better serve both organizations and their members. In his first (and, as far as we can tell, only) interview since being named to the post Aug. 22, Baker told AOPA Live host Tom Hainesthat while it’s too early to describe the future alignment of the two organizations, the broad strokes of his discussions with Pelton could see members of each organization benefiting directly from the work of the other. “There’s quite a few programs I think we could benefit some of the EAA members more directly from,” he said, mentioning by example the insurance and revamped aircraft financing service recently announced by AOPA. EAA, meanwhile, he said, can teach AOPA how to have more fun.

“I think there’s some fun factor that we have to learn from EAA and bring back into our business … in a way our members feel good about.” Baker said he wants AOPA to have a “bigger presence” at AirVenture and Sun ‘n Fun specifically and be a “bigger part of what’s going on where a lot of people are.” He also called on AOPA members to do more to introduce people of all ages to aviation. He said the most common piece of advice he’s received since the appointment was announced was to “listen to the members.” AVweb has asked for a one-on-one interview with Baker but has so far not been accommodated.