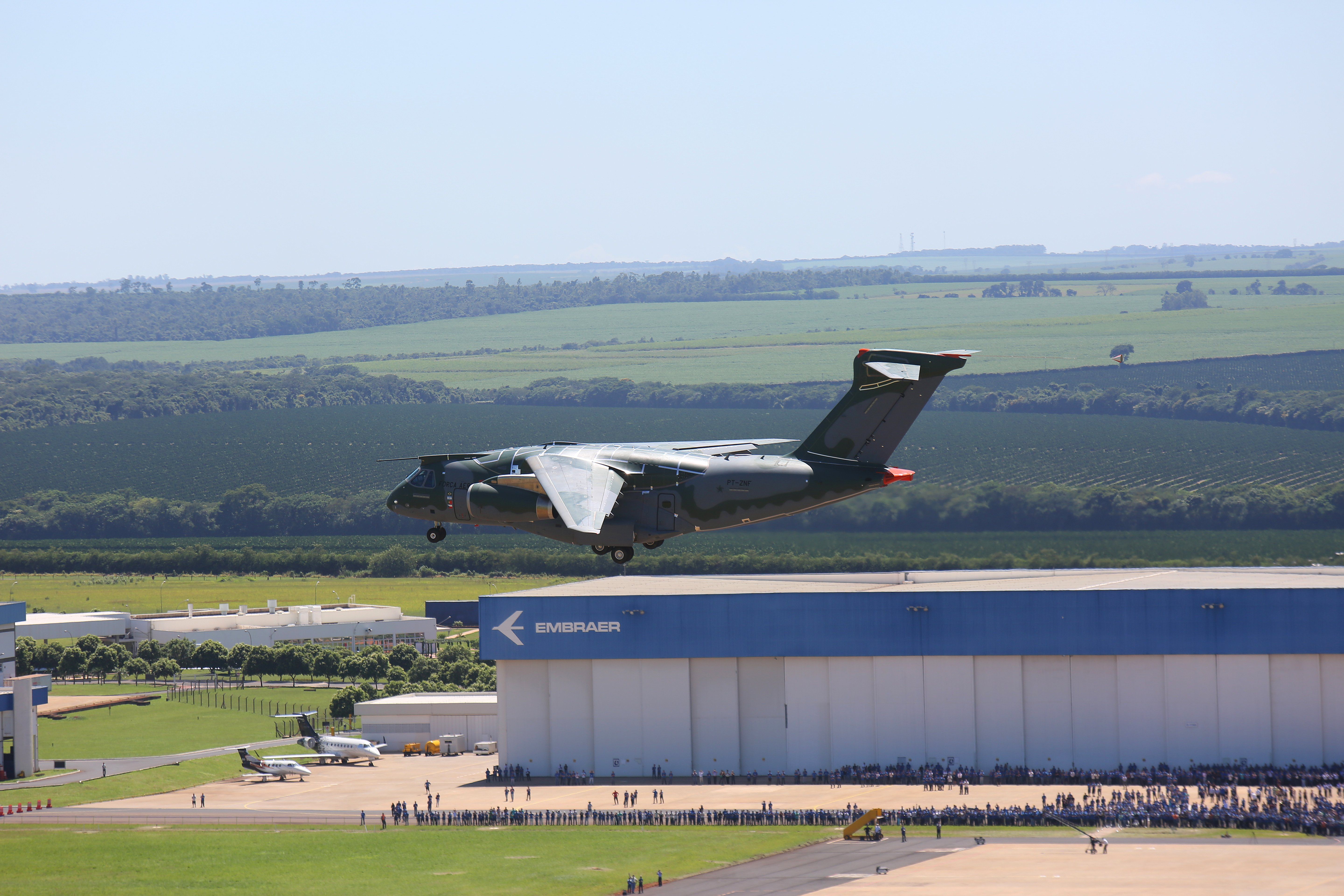 Embraer flew its entry into the military transport world Tuesday when the KC-390 flight test aircraft made its first flight from San Jose Dos Campos, Brazil, on Tuesday. The aircraft, which will be competition for the C-130 Hercules, is a twin-engine jet with a high wing and rear ramp. It can carry a little more than a Herc and fly significantly faster. The 85-minute flight reportedly went well and begins the regimen of certification test flights aimed at having the aircraft ready for delivery in about a year. Embraer CEO Fredrico Curado said the fly-by-wire transport and refueling platform “is most likely the greatest technological challenge that the company has ever encountered in its history.”

The project is being done jointly with the Brazilian air force, which is buying 28 KC-390s. Other countries have said they’ll buy a total of 32 more. “The KC-390 will be the backbone of transport aviation for the Brazilian Air Force,” said Air Force Gen. Nivaldo Luiz Rossato. The company had hoped the aircraft would fly before the end of 2014.