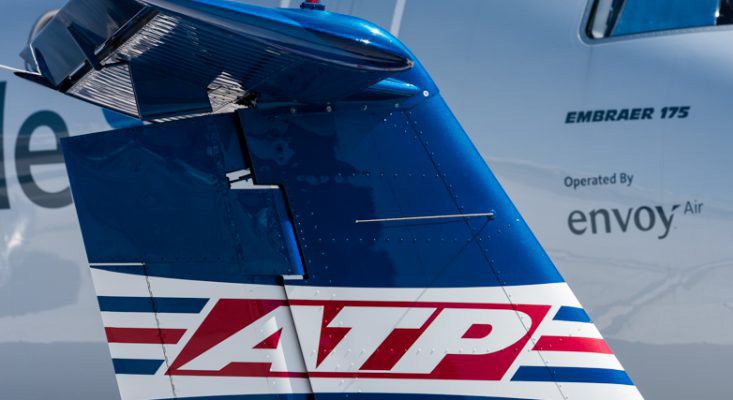 American Airlines subsidiary Envoy Air has announced the signing of an agreement with ATP Flight School to make ATP an official Envoy Cadet partner. The Envoy Cadet Program is designed to funnel qualified graduates of partner schools into pilot positions with Envoy and later American Airlines. “This is a great opportunity for students that want to quickly pursue a career as a pilot and for Envoy, as we gain access to some of the nation’s top aviation talent,” said Envoy Vice President of Crew Planning John Dixon.

As part of the program, ATP flight instructors will be able to work for Envoy and have access to travel benefits, health insurance, retirement and profit sharing plans through the airline. ATP guarantees its students a flight instructor position, and now access to the opportunities with Envoy, after nine months of training. Once Airline Transport Pilot flight experience requirements are met, interested ATP graduates are placed into an Envoy-sponsored FAA-approved ATP Certification Training Program. After that course has been successfully completed, they move on to a new hire class with the airline.

According to Envoy, its first officers typically upgrade in about two years with “flow-through in just over six years which provides a direct path to a flying career with American Airlines.” Since 2013, the company says that nearly 60 percent of American’s new hires have come from Envoy. ATP reports that it owns around 300 aircraft that fly 253,000 hours annually. The school says its students earn more than 6,600 FAA pilot certificates each year.