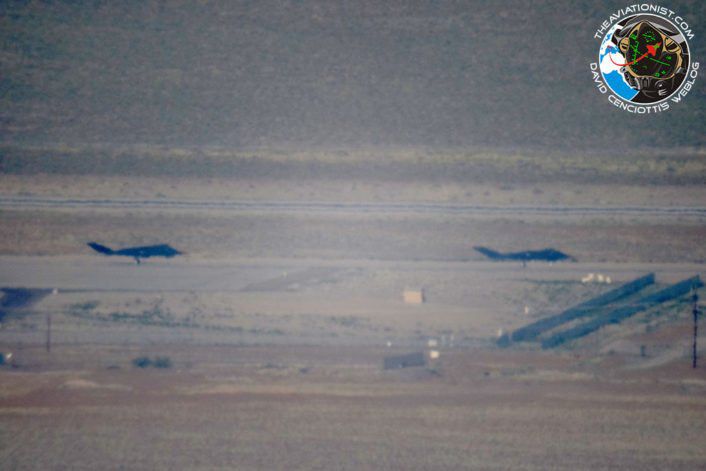 The F-117 Nighthawk stealth fighter may be the latest example of the U.S. military resurrecting a retired aircraft type. The website theaviationist.com is showing video apparently shot in July of two of the bat-wing fighters flying together at the Tonopah Test Range in Nevada. The site says it has previously documented that the Air Force kept their options open when they were officially mothballed in 2008. One was spotted flying in 2014 but the most recent video, shot by Sammamishman, shows apparent differences between the two aircraft being flown.

The website is reporting that the fleet is being stored at near flying condition and can be put back in the air within 30 to 120 days. The site says it’s possible the aircraft are being used as test beds for new technologies. In the last couple of years, the military has gone to the boneyard to bring F-18 Hornets out of retirement for the Marines and the Navy refitted some OV-10 Broncos for counterinsurgency work against the Islamic State.