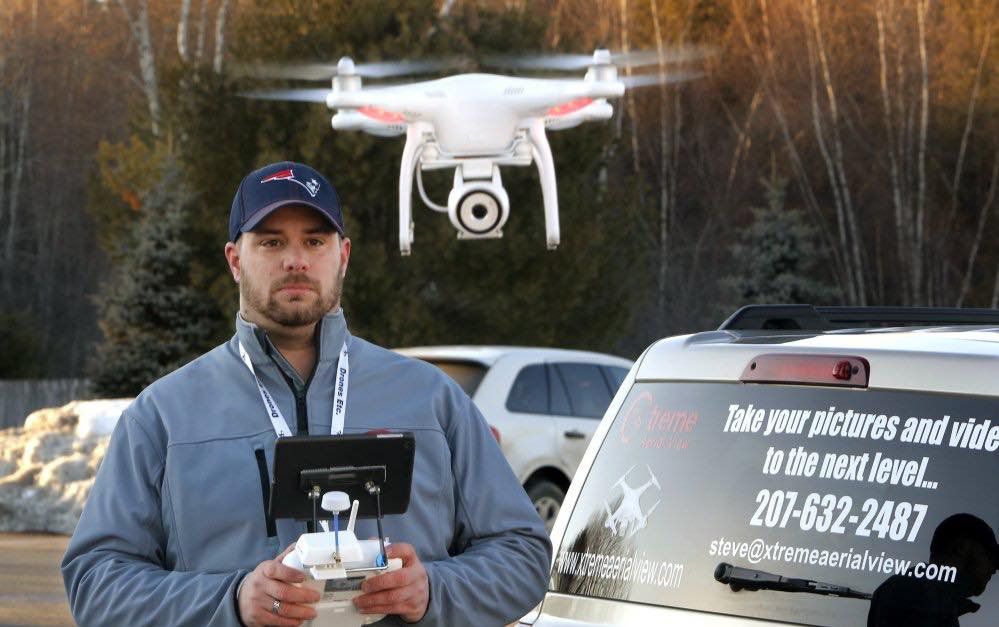 The FAA has attempted to shut down a drone operator’s website advertising photo and video services. But so far, Steve Girard of Gorham, Maine, continues to promote his side business, Xtreme Aerial View. On the site, he offers “aerial pictures and videos, perfect for real estate listings but also great for weddings, family parties or for someone who would like an aerial view of their property.” According to a Portland Press-Herald reportSaturday,Girard uses a three-pound DJI Phantom drone to capture his images. The Portland Flight Standards District Office left Girard a voice mail on March 3: “… an investigator will be in touch with you regarding the limitations which you may be exceeding in regard to advertising drones and aerial footage,” it said. “They’ll be looking for you to pull down the website. … There are serious implications, and there are fines and penalties associated with this activity.”

When he posted the FAA’s message on Facebook, First Amendment and drone advocates chimed in to defend his activities. Peter Sachs, founder of the Drone Pilots Association, reached out to Girard on Facebook with some assurances, saying the FAA’s proposed regulations for unmanned aerial systems will be pending for perhaps a year or more, as the comment period hasn’t opened yet. “Until the proposed rules become final, there really is no law whatsoever in regard to commercial regulations,” he said. “It’s a very silly focus right now unless something presents a clear danger,” Sachs told the Press-Herald. “They have better things to do, especially since there is no basis of law to back them up.” Girard told the newspaper he doesn’t believe he did anything wrong. “I’m all about following the rules. Just give me something to follow,” he said. In efforts to placate the FAA, he had taken his prices off his website and told the Press-Herald the FAA stopped calling him after he publicized the March 3 message. When contacted by AVweb, he declined further comment.