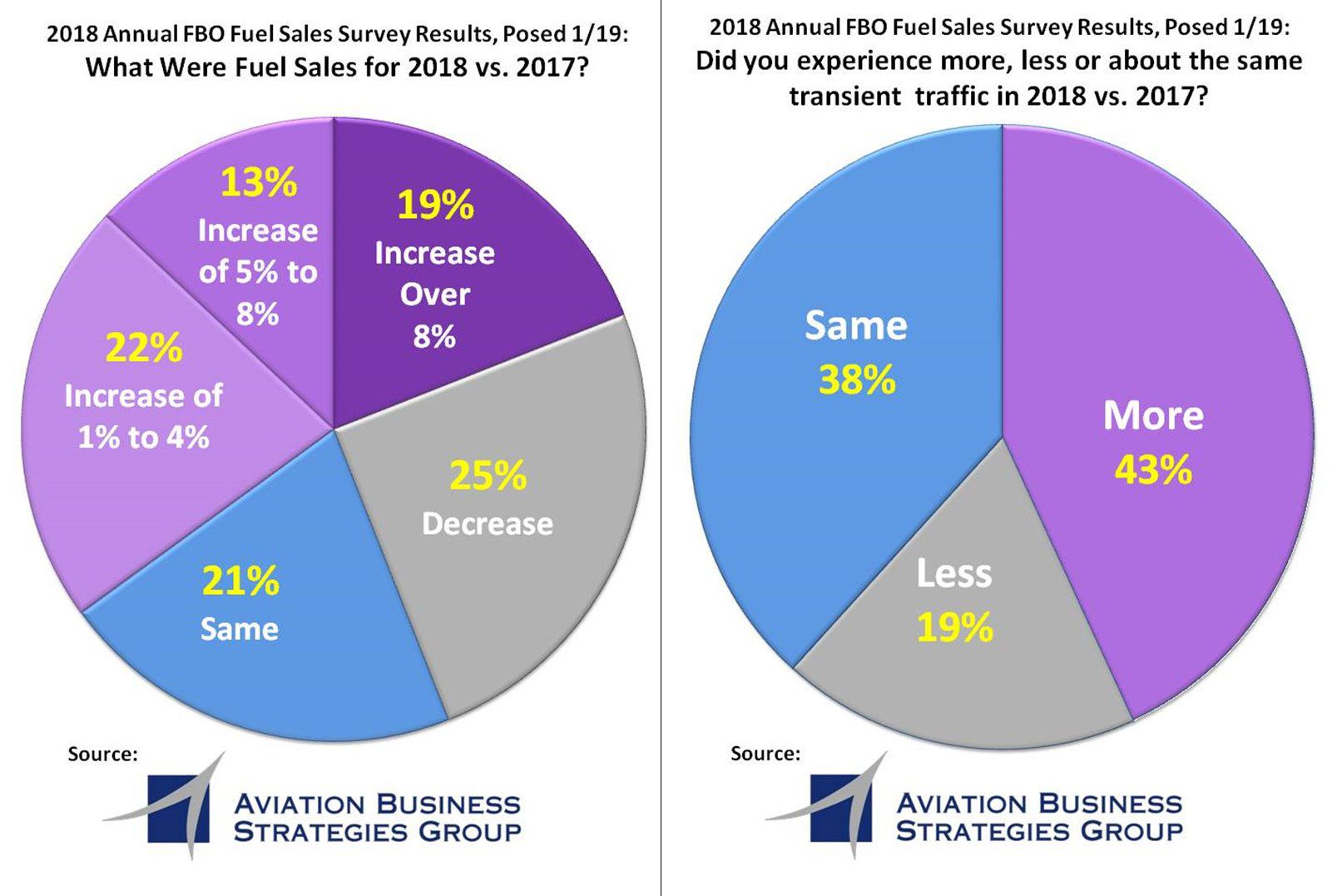 FBO fuel sales showed mostly positive growth over the last year, according to the Aviation Business Strategies Group’s (ABSG) Annual FBO Fuel Sales Survey results. As shown in the graph below, 75 percent of the more than 450 FBOs that responded to the survey said their 2018 fuel sales had either increased or remained the same compared to the previous year. The survey results also noted that 43 percent of the responding FBOs reported increases in transient ramp traffic.

“For the third consecutive year, we’ve seen an increase in fuel sales by more than half of FBOs responding to our survey,” said ABSG founder John Enticknap. “This includes some standout fuel sales increases of more than 8% year-over-date by nearly 20% of FBOs reporting.” ABSG reported that the final survey numbers were consistent with earlier informal inquiries and mostly matched up with aviation business flight activity as reported by aircraft activity analysis tool ARGUS TRAQPak.

Based on survey data, interviews, and industry analysis, ABSG’s 2019 FBO Industry Forecast is predicting a 1.5- to 2.0-percent growth in FBO business aviation activities over the next year. In addition, ABSG gathered data on the biggest challenges FBO operators felt they were facing. The top five concerns identified were employee retention, fuel pricing, erosion of fuel margins due to contract fuel suppliers, lack of flight instructors and the cost of flying.