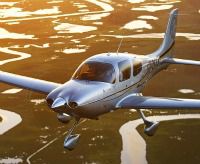 A decision on whether or not the city of Grand Forks, N.D., will provide Cirrus Aircraft with a $950,000 loan will be delayed for at least a few days until the company answers questions about its financial standing, the Grand Forks Herald reported Tuesday. Cirrus wants to use the loan to expand its Grand Forks production facility and hire workers for jobs that are currently outsourced. But city officials noted in a meeting, Tuesday, negative financial reports about the company and the fact that the new loan would add more than 28 percent to monthly payments Cirrus was already making to the city. Cirrus’ William King objected to city’s interpretation of the company’s financial position.

According to the Grand Forks Herald, the new loan would raise Cirrus’ monthly payment to $90,000, an increase of more than 28 percent above its current payment. Members of the city’s Growth Fund Committee noted Tuesday that Cirrus last year showed “significant losses” on its financial reports and that the company also has liabilities due in 2013. Cirrus Vice President for Business Administration William King told the Grand Forks Herald, “What they are quoting were not even the correct numbers.” King said that Cirrus has met its past obligations to the city and had 15 years of history there. According to King, the loan would lead to savings for the company and create 10 new jobs. King says Cirrus is operating at a break-even point and he was “just stunned at the treatment” the manufacturer was receiving from the committee.