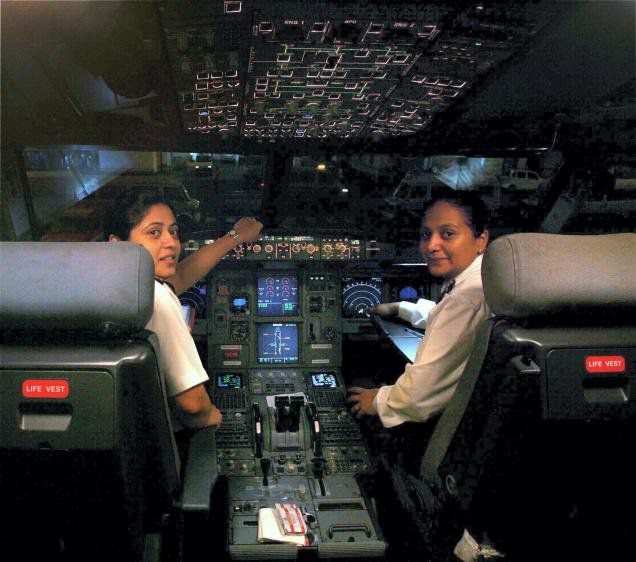 As Women of Aviation Week begins this week, the country with the highest ratio of femaleairline pilots may come as a surprise to some. India has the most female pilots per capita as a little more than 12 percent of Indian airline pilots are women. Finland is neck and neck with India but most other countries are far behind that total. In the U.S. it’s 5.1 percent and worldwide just 5 percent. India was relatively late to the game in hiring females for the flight deck but its airline industry is also fairly new. The first female FO started working in 1984.

Meanwhile, Women of Aviation Week attempts to boost those numbers by giving girls and women firsthand contact with the aviation industry and women who work in it. The belief is that the relative scarcity of female role models has led to the belief that flying is not a viable career option as girls start mapping out their working lives. Many WOAW events are built around Fly It Forward events in which volunteer pilots take girls and women for their first flight in a small plane. One of the largest of hundreds of events planned for this week will be in Loveland, Colorado.