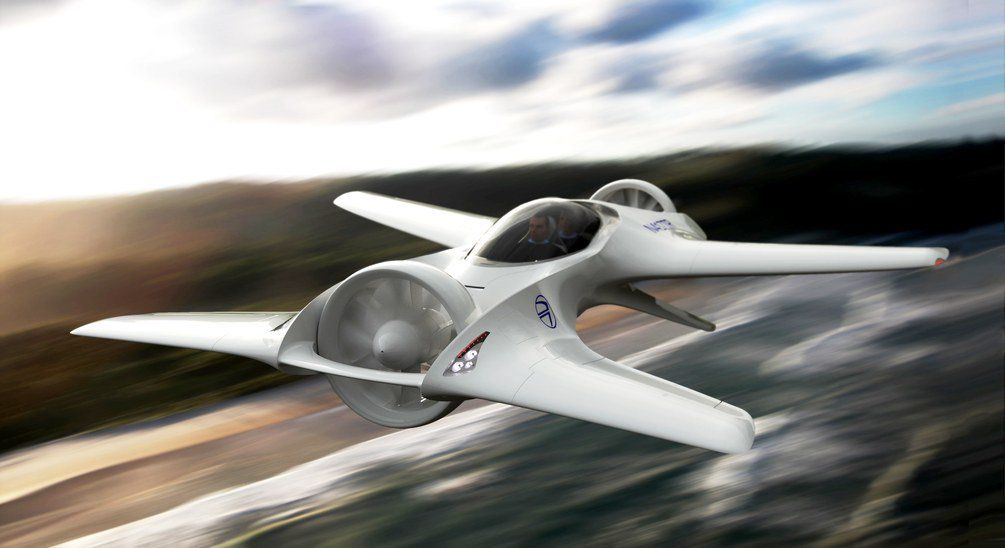 Could the future of personal aviation be a DeLorean? Paul DeLorean, nephew of the “Back to the Future” stainless steel car creator in the 1980s, is proposing a dual ducted-fan VTOL aircraft to compete with a host of variations on the same theme and with similar boasts about performance and environmental friendliness. DeLorean Aerospace has formally launched the DR-7, a two-place tandem aircraft that is fully autonomous and electrically powered. “We are moving forward on a full-size, piloted prototype which will carry two passengers and is designed to operate, fully electric, for a range of 120 miles,” DeLorean told Wired.

DeLorean joins the likes of Uber, Airbus, Google and a host of less billionairish hopefuls in the consumer-friendly VTOL market that looks to change the way urban transportation works for those with the cash to avoid the nuisance on the ground. DeLorean expects his foldable wing creation to retail for $250,000 to $300,000. The DR-7 is about 20 feet long and, thanks to the folding wings, will fit in a garage. The company prediction of 120 miles on a charge (Airbus is hoping for 50 with its Vahana) is based on its slick aerodynamics and DeLorean’s prediction that it will fly efficiently at “higher altitudes” at more than 200 knots.