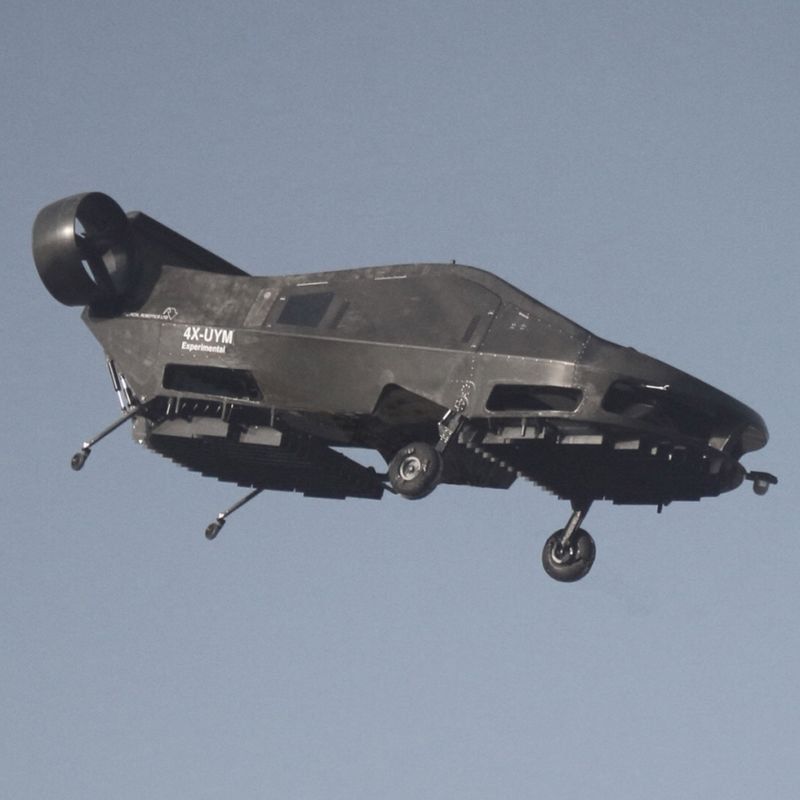 A passenger-carrying drone being tested in Israel could be on its way to becoming the first multi-use flying vehicle on the market. As reported this week by Reuters, the Israeli tech firm Urban Aeronautics completed early test flights of what the company calls an unmanned “flying car,” which could be in service by 2020. The Cormorant, one model in what the developers envision to be a series of vehicles called Fancraft, has internal rotors for vertical takeoff and landing. The four-wheeled Cormorant, which flies with twin ducted fans, weighs about 3307 pounds – similar to GA light twin airplanes – and will be able to carry about 1,000 pounds and fly at 100 knots. According to the company’s website, the aircraft will use various sensors to navigate and maneuver as well as avoid terrain and obstacles for “operating safely in complex urban and natural environments.”

With an estimated price of $14 million, though, this model isn’t likely to be used in consumer markets, but for commercial, search-and-rescue or military purposes. “Just imagine a dirty bomb in a city and chemical substance of something else and this vehicle can come in robotically, remotely piloted, come into a street and decontaminate an area,” Urban Aeronautics founder Rafi Yoeli told Reuters. The company has indicated it’s engineering the drone with FAA certification standards in mind and has obtained dozens of patents for its proprietary technology, including composite construction and fly-by-wire systems.