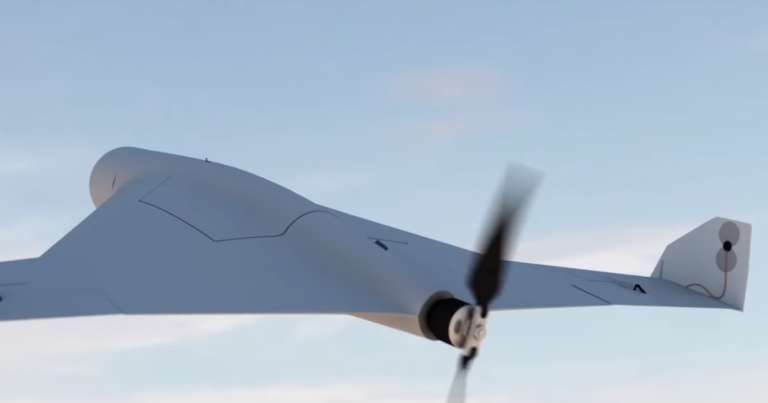 The idea of a combat drone isn’t really new, but Russian arms manufacturer Kalashnikov is trying to bring the scale and cost of UCAVs (unmanned combat aerial vehicles) to a new low. Introduced at the International Defense Exhibition and Conference (IDEX) in Abu Dhabi last week, the KUB-UAV is just 4 feet wide, perhaps ushering in a new aero term: miniature exploding “suicide” drone.

With 30 minutes’ flight endurance at a maximum of 81 MPH, the electric KUB-UAV is designed to be used against ground targets at relatively close range. According to the company, it can carry 6.6 pounds of explosive. “This is a very accurate and most effective weapon that is very difficult to fight with using traditional air defense systems,”said Sergey Chemezov, CEO of Rostec, which is Kalashnikov’s parent company.

The KUB-UAV has been test flown, but there’s currently no word on production timelines or intentions.