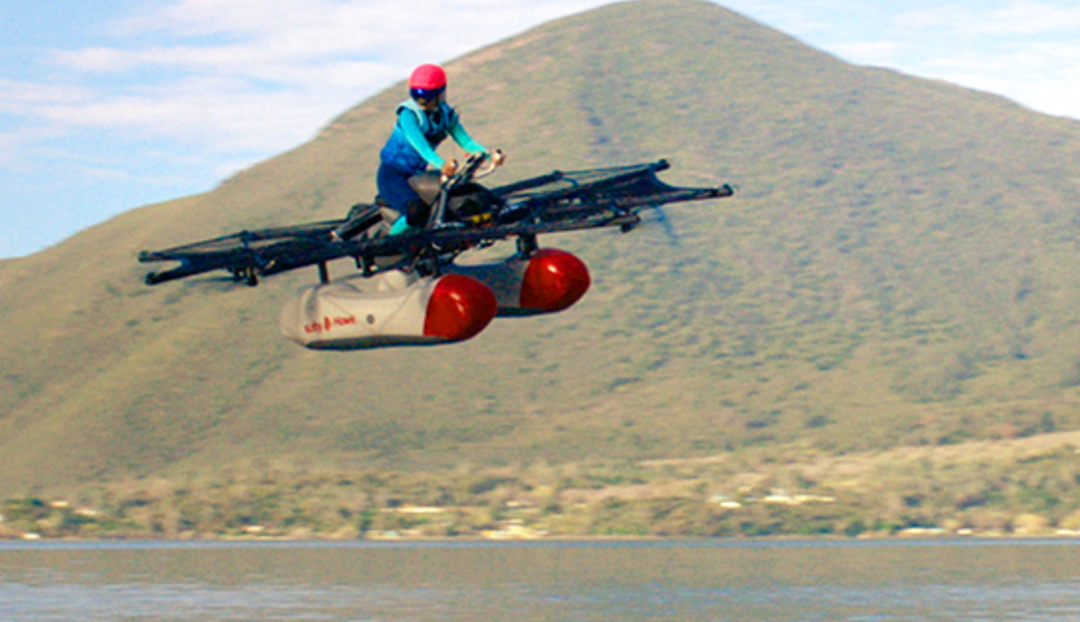 A new vehicle revealed on Monday by Kitty Hawk Corp., the aircraft company led by CEO Sebastian Thrun, takes off and lands on water and qualifies for sale as an ultralight, the company said. “Your flying dreams will never be the same,” says the company website. “The Kitty Hawk Flyer is a new, all-electric aircraft. It is safe, tested and legal to operate in the United States in uncongested areas under the Ultralight category of FAA regulations. We’ve designed our first version specifically to fly over water. You don’t need a pilot’s license and you’ll learn to fly it in minutes,” says the website. The production version of the Flyer will be available for sale by the end of the year, the website says. The company is backed by Google co-founder Larry Page.

Page declined a request from The New York Times for an interview but said in a statement: “We’ve all had dreams of flying effortlessly. I’m excited that one day very soon I’ll be able to climb onto my Kitty Hawk Flyer for a quick and easy personal flight.” Cimeron Morrissey, a freelance writer based in California, was among a few enthusiasts who got a preview of the new vehicle. Morrissey, who is not a pilot, said she learned to operate the Flyer with “just a few hours of training on a flight simulator.” She’s featured as a pilot in Kitty Hawk’s videos. “I feel light and ecstatic and utterly free,” she wrote about the experience. “This is just like my flying dreams!” The controls are built into the handlebars and “work similar to buttons and joysticks on a video game controller,” she said. She added that the commercial version of the Flyer “will have a very different design” from the prototype, but no other details, or prices, are yet available.