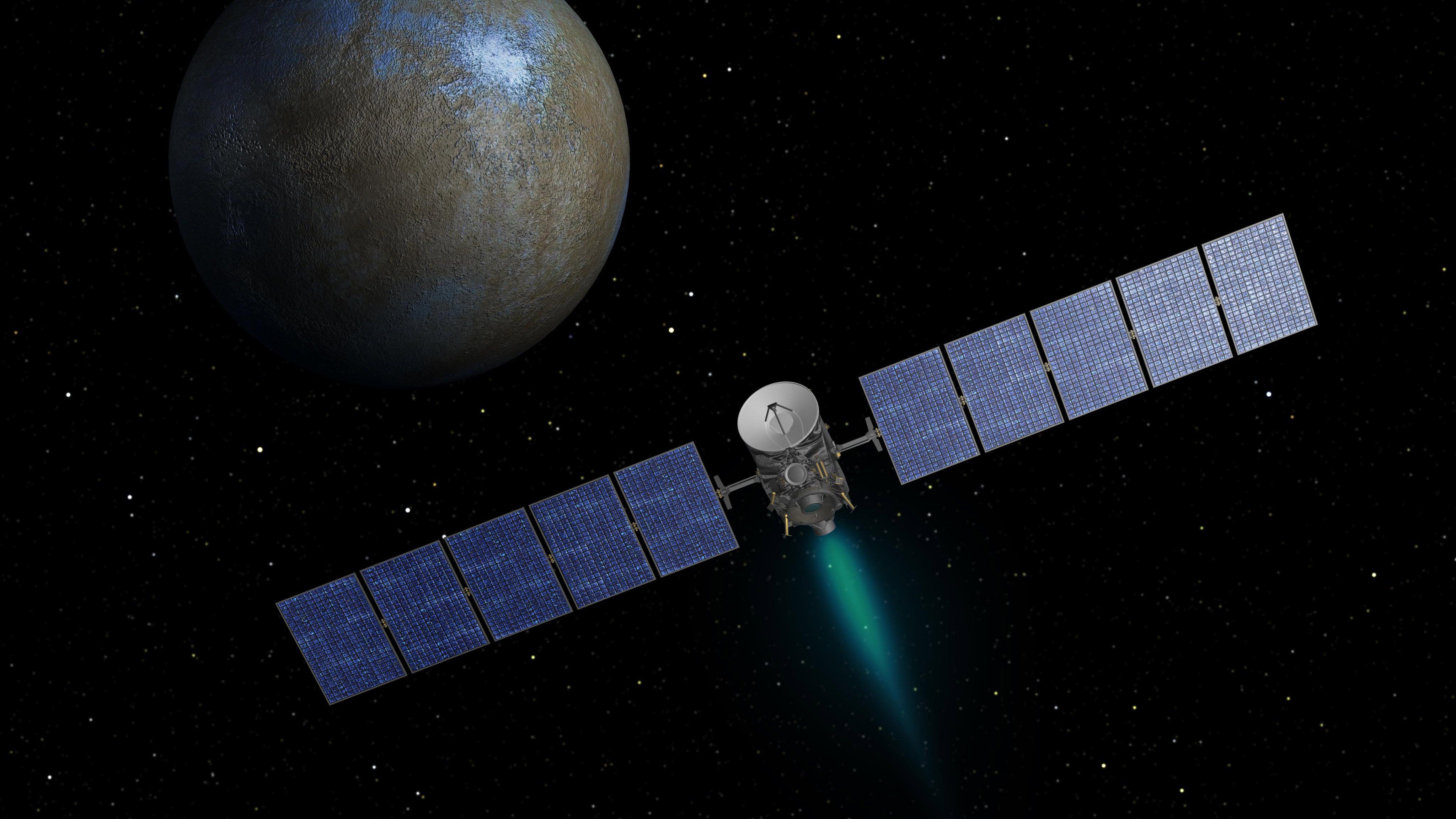 The NASA/Jet Propulsion Laboratory’s Dawn Program Team is the winner of the 2015 Robert J. Collier Trophy, the National Aeronautic Association announced. The NAA‘s selection committee gathered this week to meet with the award’s nine nominees and announced the winner at its annual spring event in Arlington, Virginia.The NASA/JPL team won for its “extraordinary achievements of orbiting and exploring protoplanet Vesta and dwarf planet Ceres, and advancing the nation’s technological capabilities in pioneering new frontiers in space travel.” The Dawn spacecraft launched in 2007 to gather information about the history of the solar system from its main asteroid belt. From 2011 to 2012 it orbited Vesta. In March 2015, Dawn entered orbit around Ceres, marking the first mission to orbit two bodies, according to NASA.

The award will be formally presented at the Annual Robert J. Collier Trophy Dinner on June 9 at a location to be determined. Nominees for the 2015 trophy included two other spaceflight projects – NASA’s New Horizons mission team and the New Shepard Team from Blue Origin, which is developing a reusable rocket. Aircraft nominees were the Icon A5 light-sport amphibious airplane, the C-5M Super Galaxy transport, theAirbus A350 XWBand the HondaJet. Also nominated were the Navy’sUCAS-D Autonomous Aerial Refueling Demonstration andthe Two Eagles balloon pilots, Leonid Tiukhtyaev and Troy Bradley, who broke world gas balloon distance and duration records.